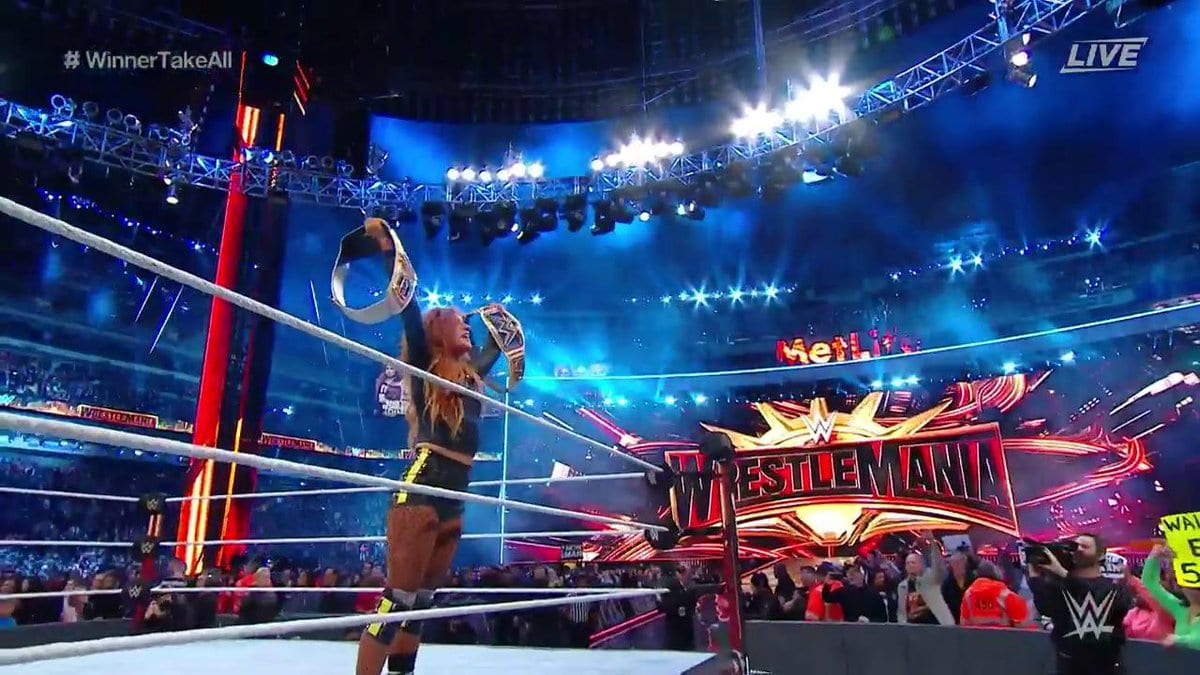 WrestleMania was a night fans won’t soon forget. The first title actually changed hands during the kickoff show. There were two title changes during the kickoff show. Then the main show kicked off with a Universal Title change too. Then The IIconics surprised the world by winning a crazy fatal four-way match. A Demon King took the IC Title and we also can’t forget about KofiMania running wild.

The WrestleMania main event brought everything it could. Becky Lynch, Ronda Rousey, and Charlotte Flair took each other to the limit and there were plenty of close calls.

Finally, out of nowhere, Becky Lynch rolled Ronda Rousey up for a pin and a three count, but this was not without controversy.

Ronda Rousey actually got her shoulder up at the one count, but the referee kept counting. We will have to see what happens next, but The Man ended the night with a pinfall victory over Ronda Rousey to become the Raw and SmackDown Women’s Champion.