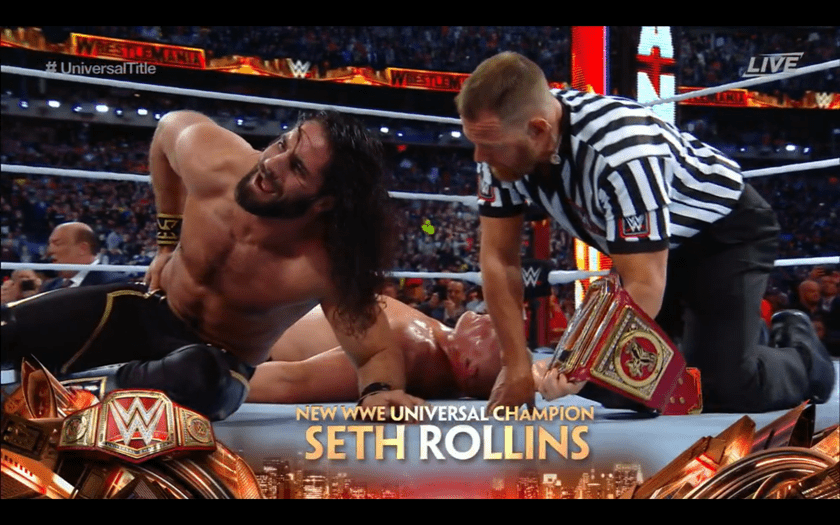 WrestleMania started out with Hulk Hogan coming out and botching the name of the venue once again and then Paul Heyman came trouncing to the ring. He got on the microphone and said that if Brock Lesnar isn’t going on last then he’s going on first. So they had the match then and there.

If you want our full live results for WrestleMania 35 click here.

Seth Rollins took a real beating throughout this short opening contest. Most of the punishment Lesnar dolled out happened before the bell. Then Rollins gained an upperhand by hitting a low blow while the referee wasn’t looking.

Three Curb Stomps later and Seth Rollins won the Universal Title for the first time in his career. This is very interesting as Brock Lesnar lost at WrestleMania and could further fuel those UFC rumors.