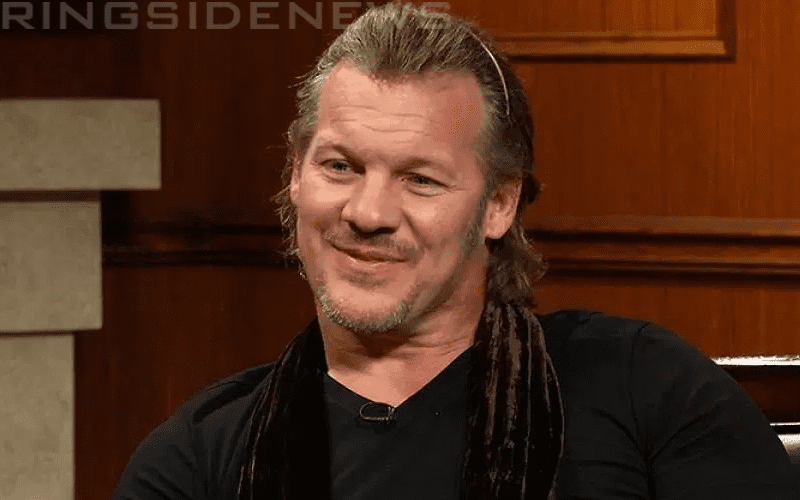 Chris Jericho is no longer with WWE and after signing with AEW he is now working for a competing pro wrestling company. This is something Jericho said he would never do, but times change.

Y2J isn’t with WWE which means he’s not appearing at WrestleMania or Axxess. That doesn’t mean Jericho won’t be represented. WWE might have taken Jericho out of their opening video package on the day he announced that he signed with AEW, but they are still displaying his WrestleMania 18 gear at Axxess.

Jericho has a great sense of humor so this had to make him happy. He might be blackballed from WWE as the company won’t allow Superstars on his podcast anymore and they’re not mentioning him at all.

That won’t stop WWE from displaying his ring gear for a WrestleMania match that he recently came out and admitted The Rock and Hulk Hogan killed.