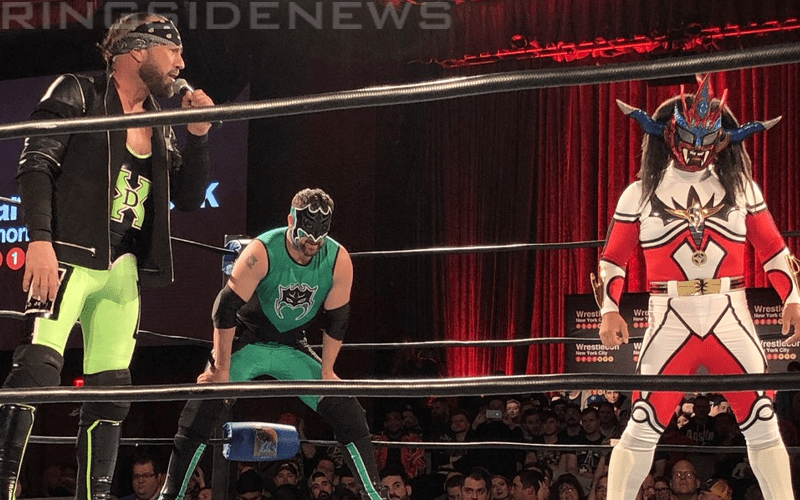 WWE sometimes won’t let their employees work where ever they want to. However, WrestleMania can be a special time and it looks like WWE allowed Hurricane Helms to do something pretty cool.

Hurricane works as a producer for the company now, but that didn’t stop him from teaming with X-Pac and Jushin Thunder Liger at WrestleCon. This was a big deal for Helms and he thanked WWE for allowing him this opportunity.

THANK YOU to @WWE and @WrestleCon for letting this happen. What a great moment. And the fans in attendance made it even better!

Shane Helms also thanked WrestleCon, but it’s pretty noticeable how he thanked WWE first. After all, they are the ones who write his paychecks and could have very well said no to this match.