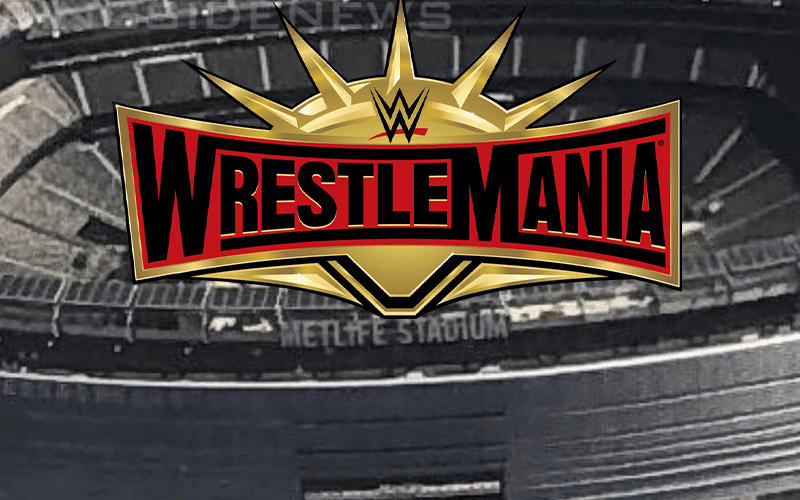 WrestleMania is in New Jersey’s MetLife Stadium this year and since it is an open stadium you can’t really block anything out. This makes the fact that planes are flying over the stadium all the time even more of a problem.

We can tell a few things about the WrestleMania set so far by these early images captured from an above view. Not only is WWE planning an elaborate stage, but they will also have a big video screen.

The ring will also have a canopy above it for lighting and to block any unwanted weather. The set is also said to feature the New York City skyline as part of the design.

The huge screen is curved and so is the set. This will provide ultimatum viewing ability for everyone in the crowd. While looking around we also have to consider the fact that Shane McMahon is in a falls count anywhere match against The Miz. So he’s very likely to jump off of something and there seems to be plenty of options at this point.