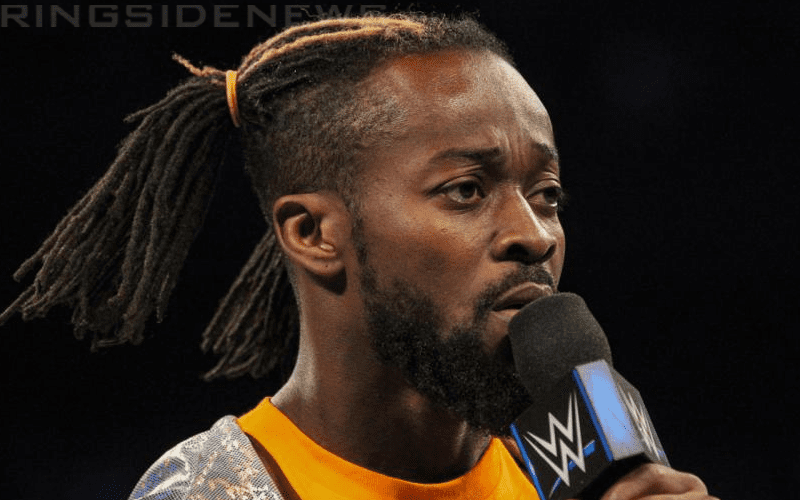 WrestleMania 35 will be here before we know it and Kofi Kingston is in for one of the biggest nights — if not the biggest — of his career. As he spoke to Booker T on his Hall Of Fame podcast, Kofi discussed not only how wild of a ride it has been, but also how many changes WWE has made along the way.

Kofi Kingston said he didn’t know that he would be replacing ALI in the Elimination Chamber match until he received a random phone call. They told him what’s up and asked him if he would be okay with doing over an hour in a gauntlet match. Of course, Kofi was very okay with that.

“So much has happened and it’s been a roller coaster of emotions and some ups and downs. I think a lot of people don’t realize how much chaos there is involved in what we do. They see the finished, the polished product on television they think, ‘Oh these guys — it was a huge big plan to get to this point.’ Often times we don’t know what we’re doing until like mid-way through the day, you know. Sometimes we find out what we’re doing and we get on TV and it’s completely different.”

Kofi said it is amazing to be a part of “especially after grinded so long for this moment.” He will get an unbelievable chance at WrestleMania to cement his legacy in a big way by winning the WWE Title.

You never know if Vince McMahon could change his mind multiple times up to the event because he has done it before. It’s also likely that the finish of the WWE Title match isn’t even in stone yet. This is one of the things that makes WWE so much more entertaining and frustrating at the same time.