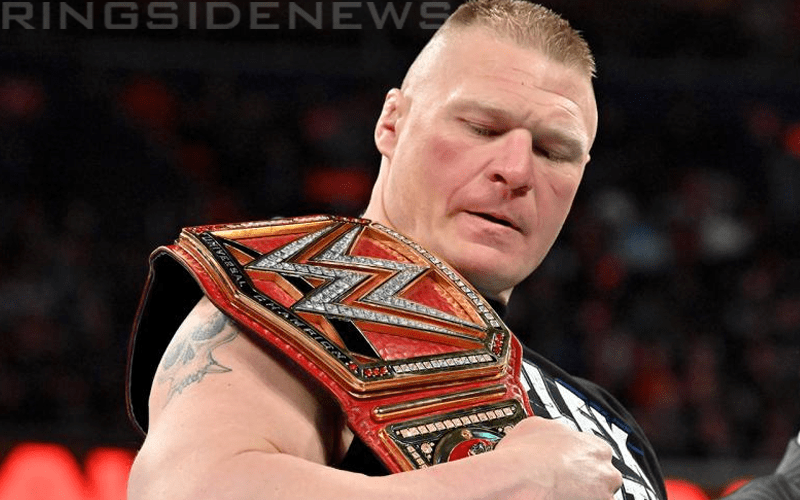 Brock Lesnar is set to defend the WWE Universal Title at WrestleMania against Seth Rollins. However, his future schedule has been kept a huge secret in WWE and they have gotten even more protective of who is made aware of those dates.

When you’re talking about Lesnar, you can never predict what he is going to do, but he likes money and Vince McMahon has no problem giving him a lot of it.

Lesnar is an attraction and after WrestleMania and the Wrestling Observer Newsletter reports he was confirmed for the May 3rd show in Saudi Arabia. However, that event is not going to happen now.

Since the KSA show was moved to June, it puts Lesnar in the same possible boat as The Undertaker. Both part-timers agreed to work the Saudi show in May, but since WWE moved it to June that could always change things. We will have to wait and see, but it might be an interesting turn of events especially considering the status of the Universal Title and how seldom WWE can get The Beast Incarnate to show up for a defense.