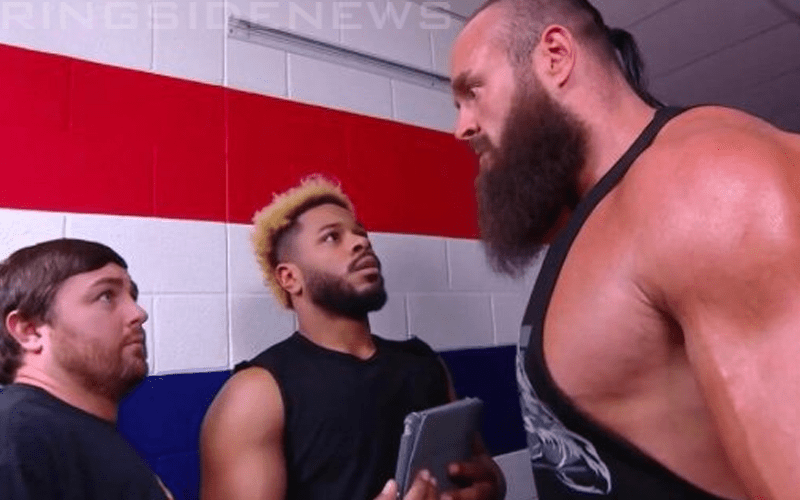 Braun Strowman was not a happy camper last night on RAW and he wanted to take it out on someone. Since Michael Che and Colin Jost were unable to make it to RAW this week The Monster Among Men took his aggression out on two enhancement talents that he saw standing backstage.

He said one guy was Che and the other was Jost. This turned into a handicap match that Braun Strowman obviously had the upperhand in.

The man who played the part of fake Michael Che was Brandon Scott and Colin Jost’s stand-in was played by Elijah King. Both men are regulars for MCW Wrestling and actually hold a pretty cool honor. Not only did they get squashed by a star-maker like Strowman, but they were the first two local talents to actually compete on RAW this year.

James Ellsworth, who has a long history with MCW as a 4-time Cruiserweight Champion, was turned into a WWE Superstar following a squash match on RAW against Strowman. The Chinless Wonder commented on this match saying that he can relate to what they had to go through.