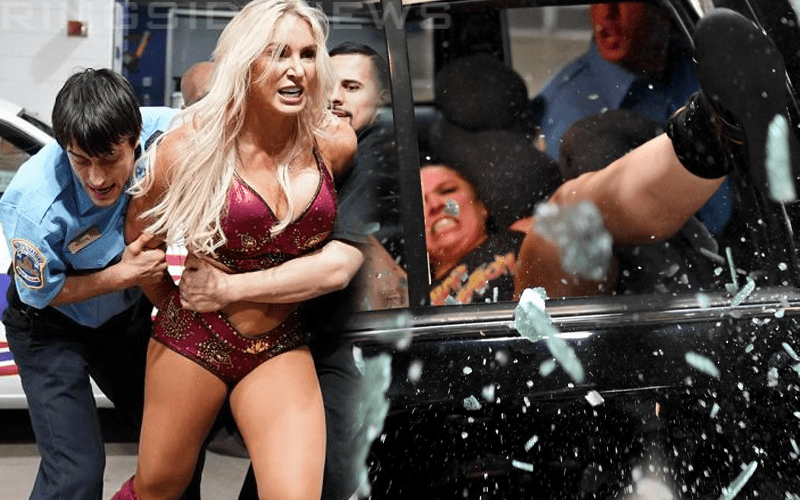 WWE certainly knows how to hype a feud and they pulled off a very wild display this week on RAW. Ronda Rousey, Becky Lynch, and Charlotte Flair were able to get through their 6 woman tag match without assaulting each other, but all of that changed when the match was over. Then chaos erupted.

Bryan Alvarez was sent a list of actual charges that the three women in the WrestleMania main event would face if this didn’t happen within the confines of WWE. He read them during Wrestling Observer Live and there is quite a laundry list of charges.

Surprisingly, all three women are now free with court dates set. It’s very likely that if you tried to pull off even a fraction of what happened on Monday that you would be facing a lot of time in the slammer.

This is more proof that WWE needs to start airing those “don’t try this at home” commercials before their shows again.