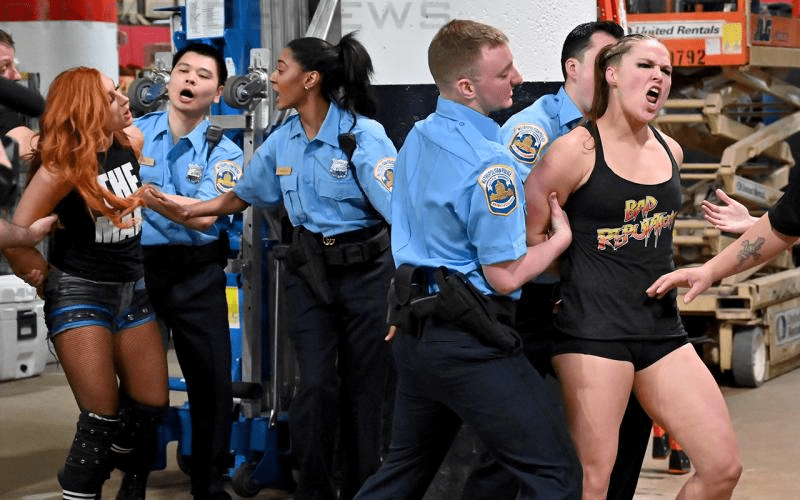 Raw featured all three women in the WrestleMania main event getting arrested this week for brawling with police. After winning their six-woman tag team match against The Riott Squad, Becky Lynch, Ronda Rousey, and Charlotte Flair wasted no time getting very physical. Where they messed up was assaulting some kayfabe cops.

WWE reports that all three women have been released from jail and a date to appear in court has been set. This is a good thing because they have plenty of press to do before Mania and they probably only got one phone call each.

Raw Women’s Champion Ronda Rousey, SmackDown Women’s Champion Charlotte Flair and Becky Lynch  have all been released from police custody of their own recognizance and will appear in court at a later date.

Stay with WWE’s digital platforms as this story develops

Let’s just see if mugshots get released of all three women. Because that might make a pretty snazzy WrestleMania poster.