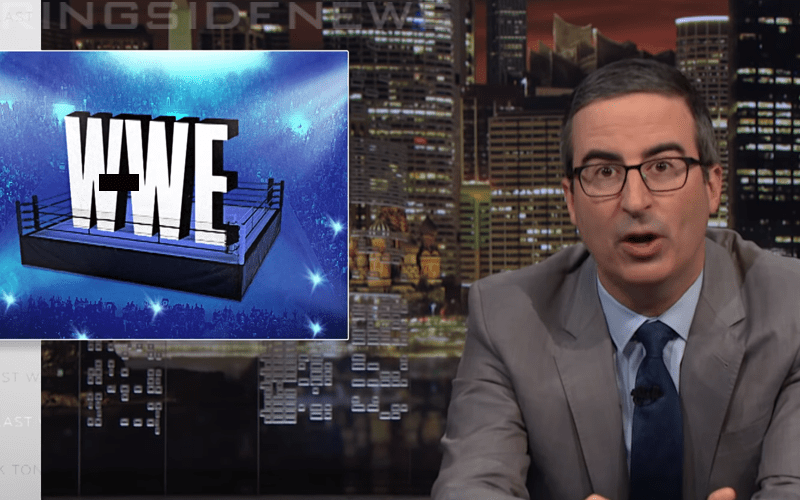 WWE was hit very hard by HBO’s Last Week Tonight with John Oliver. If you want to check out the entire segment you can get that here. There were not a lot of nice things said, but they spoke the truth for a lot of people.

The company has responded to this very public calling out of their business practices. It doesn’t sound like the HBO news entertainment show is going to do much to sway Vince McMahon’s idea of how to run his sports entertainment company. According to them, Oliver and his team got a lot wrong about how WWE actually does business.

John Oliver is clearly a clever and humorous entertainer, however the subject matter covered in his WWE segment is no laughing matter.

Prior to airing, WWE responded to his producers refuting every point in his one-sided presentation. John Oliver simply ignored the facts.

The health and wellness of our performers is the single most important aspect of our business, and we have a comprehensive, longstanding Talent Wellness program.

We invite John Oliver to attend WrestleMania this Sunday to learn more about our company.

Former WWE Superstar Paul London came out after the segment aired and praised it in a big way. He pointed out some things that John Oliver neglected to mention as well. This included how the WWE Wellness Policy is a witch hunt and paying for former WWE Superstars’ rehab is a public relations stunt.

CM Punk also had his opinion of the segment and the fact that they used a now-deleted tweet of his. He loved it, but they were making a lot of the points he was trying to make for years.

It sounds like WWE tried to deny everything John Oliver was going to say, but they aired the show anyway. Let’s hope John Oliver takes WWE up on their offer to get an exclusive look behind the scenes at WrestleMania.