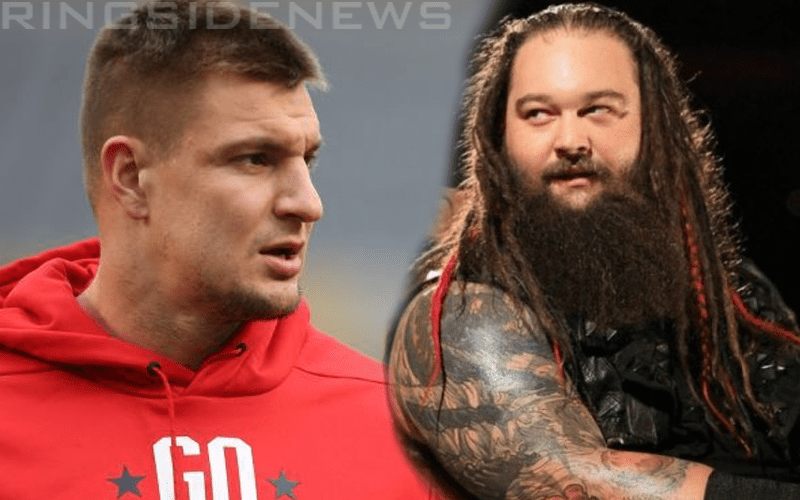 Bray Wyatt will be celebrating the birth of his first child with JoJo Offerman in June. TMZ caught up with the couple outside an airport and they were looking happy.

We previously reported that Wyatt explained why the couple are going with the name Knash for their soon-to-be-born son. Wyatt was also asked about the possibility of Rob Gronkowski coming to WWE and The Eater Of Worlds was more than happy about the sound of that.

“Mojo’s like my son I’d love to have Rob [Gronkowski] here. I love Rob, yeah my father was roommates with his father at Syracuse . I love Rob.”

“I mean I know him a lot more through Mojo. I mean he’s a cool cat man. I’d love to have Rob here.”

Wyatt said that their fathers played football together so there is a connection between them. “Of course I would,” was Wyatt’s answer when asked if he would wrestle Gronk.

We will have to wait and see what Gronk’s next career move is, but he seems to have some people in WWE who would welcome him with open arms.