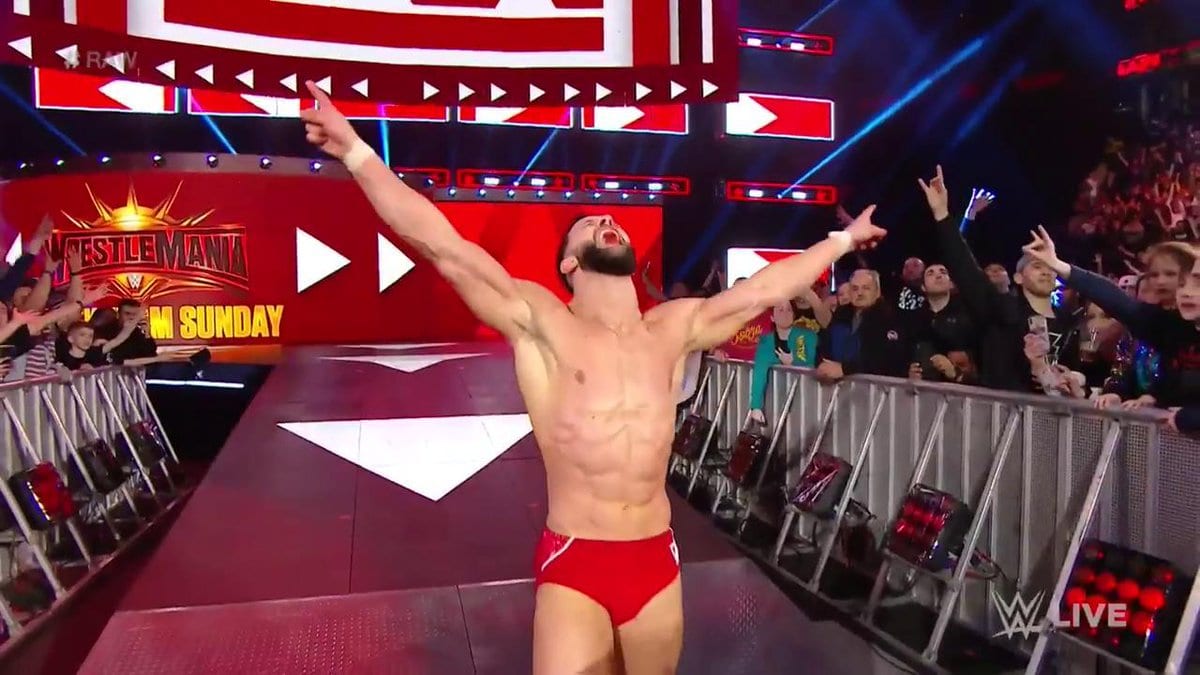 WrestleMania is coming up in just two weeks and the show of shows is without an IC Title match. Finn Balor has been chasing the title now held by Bobby Lashley and it looks like he could be getting it back.

Finn Balor is going to WrestleMania after RAW this week. He had to face Bobby Lashley and Jinder Mahal at the same time to do it too. However, he overcame the odds and defeated both Mahal and Lashley even with The Singh Brothers and Lio Rush getting in the way.

WWE has been teasing a retrun of The Demon King character. He popped up in the makeup on WrestleMania advertisements and that image is currently on trains in New Jersey.

Now it looks even more likely that Finn Balor’s Demon gimmick will be making a return at the show of shows. It is important to note that Balor has not lost as the Demon so far on the WWE main roster so WrestleMania is looking very good for Finn Balor right about now.