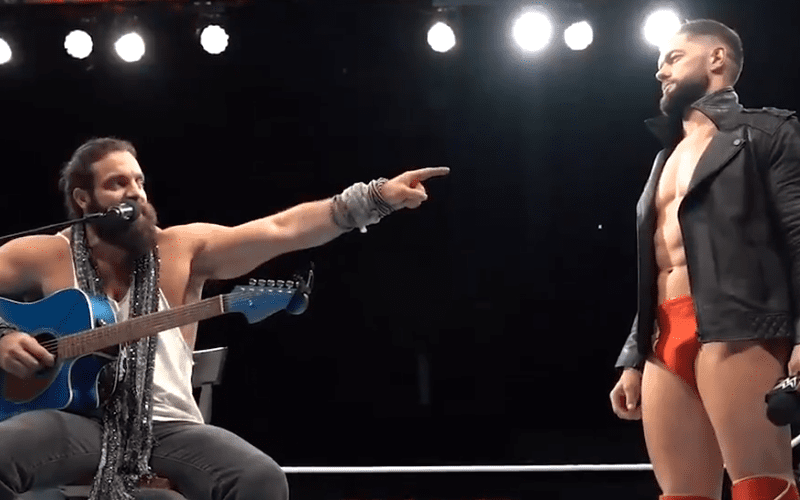 Fans are used to seeing some pretty weird stuff whenever they go to a WWE show, but we’re not entirely sure they’ve ever seen something like this.

Live events are often used to test out new material by WWE, in order to see what kind of reaction certain feuds and gimmicks garner from the crowd. Sometimes it works, and sometimes it doesn’t – but we’ve got a feeling most anecdotes involving Elias are always going to work in on way or another.

Case in point: take a look at the crowd reaction to this segment in which Elias and Finn Balor re-enact the famous Shallow scene from A Star Is Born.

Wrestling is very serious quite a lot of the time and there’s no way of getting around that, but at the same time, that doesn’t mean it has to be serious all of the time. It’s okay to be silly and it’s okay to take a step back every so often and enjoy yourself.

Heading into WrestleMania season the tensions are often running pretty high amongst both the talent and the fans themselves, so we can tend to focus on all the serious stuff a bit too much.

Balor and Elias are both great talents and could be doing more than they are right now, but at the very least, they seem to be having fun on some level.

Elias already seems to be gearing up for a fun spot on the Mania card, but Finn’s fate is currently unknown with less than two weeks remaining until the big show.