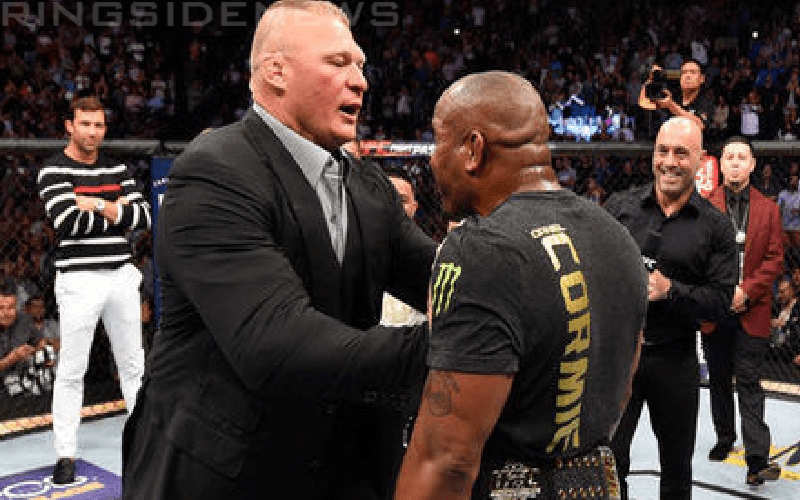 Brock Lesnar is set to defend the WWE Universal Championship against Seth Rollins at WrestleMania. However, there is no shortage of people who are willing to fight the Beast Incarnate in and out of the ring, or even in the Octagon.

Daniel Cormier recently spoke to ESPN about an upcoming fight and he had a very interesting response. He doesn’t have anything scheduled in the UFC yet, but Cormier still had his eyes set on a big-money match against Brock Lesnar. He is also tempted to help that along by jumping over to WWE for an angle.

“You know I don’t have a fight exactly scheduled yet, but I got my eyes on Brock Lesnar. I may go to the WWE’s — what is it? WrestleaMania and I may cost him his title over there so he can hurry up and get to the UFC so I can beat him here.”

We previously reported that WWE wants DC for a commentary or announcer role of some kind. He could be a great host of a WWE-centered news program on FS1 if they go that direction.

It doesn’t sound like Cormier is retiring from fighting so soon and he is very open to bending the rules a little bit to encourage Lesnar to come back for another fight.

He might be joking, but sometimes the best ideas come wrapped in humor.