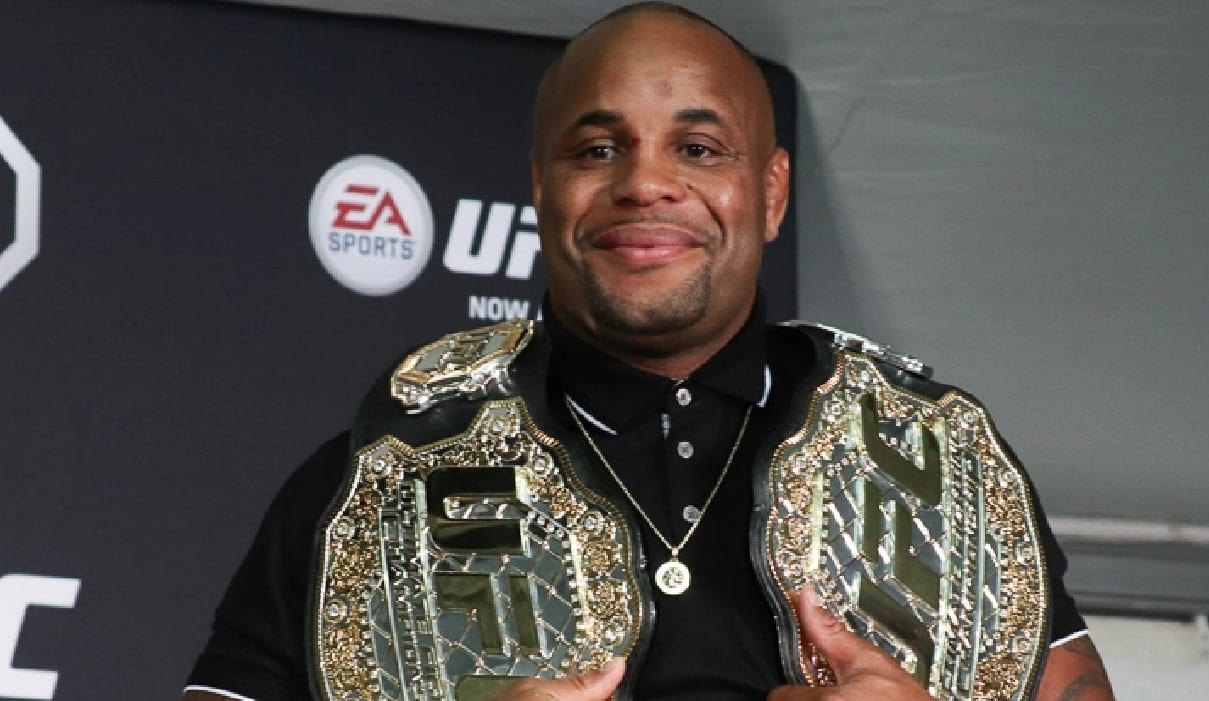 Daniel Cormier has UFC 230 to worry about on Saturday, but he has plenty of other options outside of UFC. In fact, he could be entertaining a very interesting deal with WWE. He previously stated that he had to put off a commentator audition in order to train for UFC 230, but there may be way more to that.
Cormier said that he would move to New York and host a morning talk show in a heartbeat. He said that he wants to keep appearing on television talk shows and even revealed this is why he got a new bridge put in his teeth so he could have a bright smile when he’s having a good time on television.
He wants to branch out into other areas of entertainment outside of MMA and then Ariel Helwani mentioned WWE which Cormier replied he did have interest in as well.

“That’s a big dream. I’m a lucky guy where I’m experiencing and getting a lot of opportunities.”

The 39-year-old UFC Heavyweight Champion confirmed that WWE reached out to him for a commentary role but admitted that he has other things to worry about like UFC 230 on Saturday.

“Right now it’s on the back burner because I have to get through Saturday. But we’ll see what happens after this weekend.”
“I’m not talking about me starting this right not but for me to go and see if it works of course — all these opportunities you can’t put on the back burner for too long. You’ve gotta kind of see how everything goes.”

Cormier said he wouldn’t be wrestling but with WWE’s new deal with Fox Sports, “Maybe I’ll so something like a UFC Tonight like thing,” but he doesn’t know for sure — or he’s holding back. Either way, this could be very interesting to see what Daniel Cormier’s role in WWE might be.