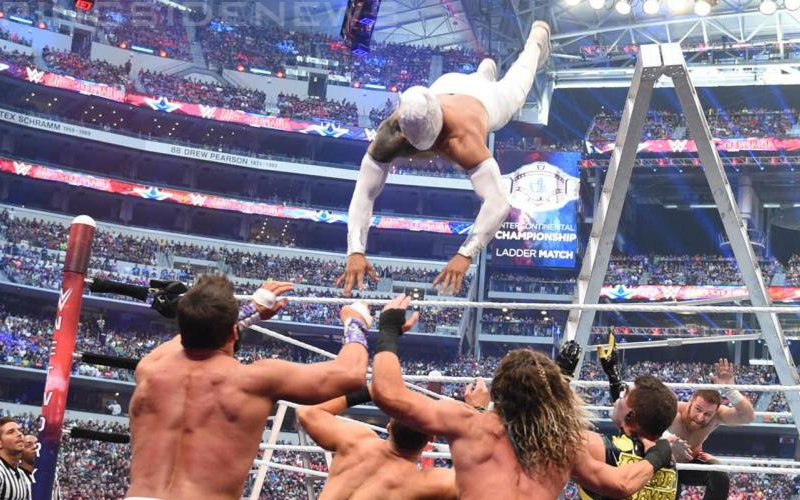 WWE’s WrestleMania event has often included ladder matches. They can sometimes include six or more people battling for the same title, but that doesn’t seem to be the plan this year.

Sean Ross Sapp said during a Q&A on Fightful Select that WWE approached the idea of having a ladder match this year, but it was quickly discarded. Their reason for this line of thinking is also quite curious.

“I know [a ladder match] was pitched for the women’s match and it was quickly shot down. I don’t know, that could end up changing.”

“I was told this week that they consider a ladder match too much of a mess and I’m thinking, ‘What, why.?!’ They need one.”

Apparently, as popular as they are with fans WWE is not looking to add a ladder match to this year’s WrestleMania event. You never know if things could change because there are some people still pulling to see one happen. We will just have to wait and see if they get their way, but right now it doesn’t seem likely.