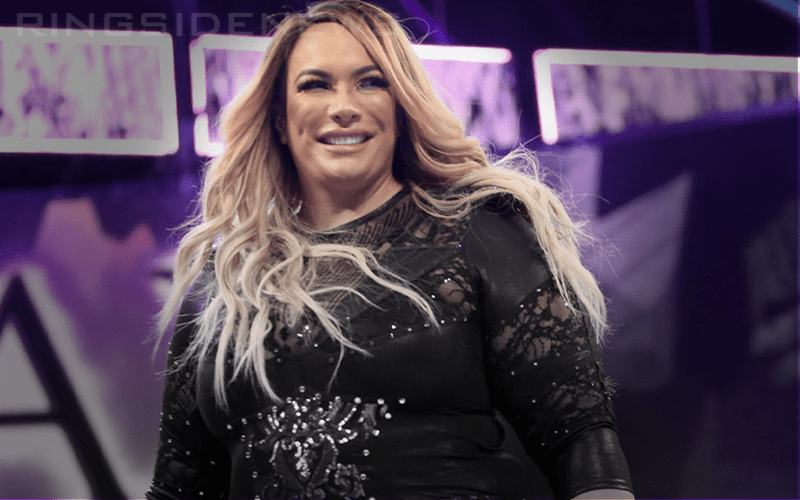 Nia Jax is very proud of herself as a WWE Superstar and as an example to other women. She recently came across a meme that she did not appreciate, but she really had to question why it was made.

Someone created a comparison of several WWE backsides including one that says it belongs to Nia Jax. Of course, this was not Nia’s actual butt because whoever created this meme was trying to be cute so they put Rikishi’s famous backside in her place.

Jax didn’t want to see or hear any of it as she fired back questioning why this meme was even created. Then she summed up how it made her feel in a pretty great way.

“HAHAHAHAHAHA Friend sent this to me, and although I’m sure the point of making this pointless meme was to hurt my feelings or anyone’s feelings who has a larger booty like mine, it makes me laugh and happy because it also shows that we all come in different shapes and sizes! There’s a flavor for everyone!! Nothing wrong with being big ol booty!! I have never had any complaints about mind!”

It is great that Nia Jax can take this kind of hurtful meme in stride. She is also very proud of herself as she should be. Hopefully, letting it run off her like water off a duck’s back will encourage others to just stop trying to body shame her, because it’s obviously not working.