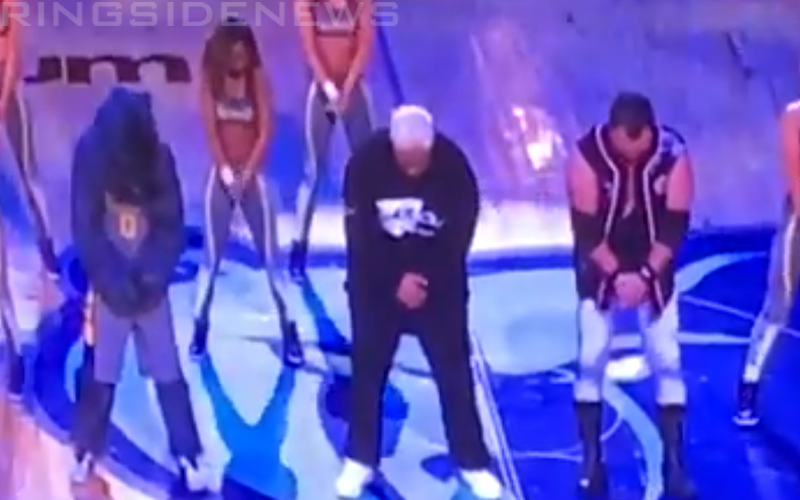 Brian Christopher passed away far too soon. His death while incarcerated was ruled a suicide, but his WWE Hall Of Fame father Jerry Lawler isn’t buying it. He has a lot to not believe as well. The biggest point of contention could be the fact that there was nowhere for Brian to hang himself in his isolation cell.

Rikishi brought Jerry “The King” Lawler on the court at a recent Memphis Grizzlies basketball team. After cutting a promo about how great of a friend Christopher was to him, they did a dance.

Lawler played the part of his own son and reenacted Too Cool’s classic dance on the court during the halftime show. Everyone seemed to love seeing this as well as the Grizzlies dancers and mascot joined in too.

Hopefully, the Lawler family will be able to get some closure on Brian death soon. The investigation into his death is still said to be ongoing.