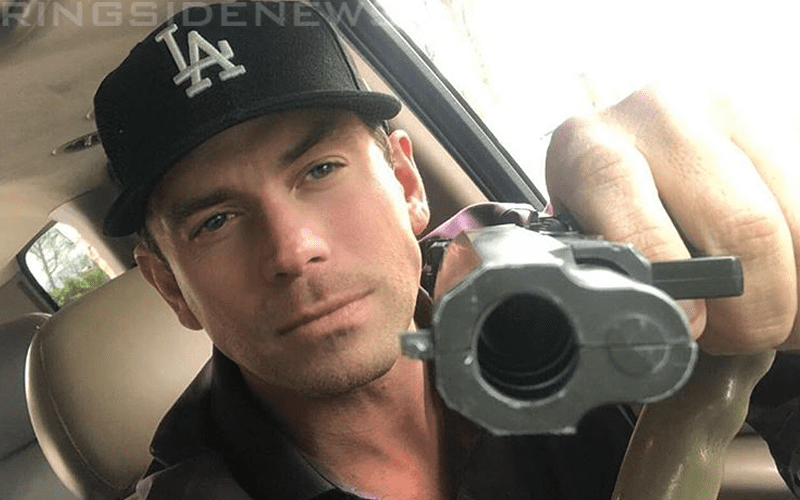 Alex Riley hasn’t been in WWE for quite a while, but this certainly piqued our curiosity. Riley is certainly concerning some fans with some gun play on social media, but there is a reason for this. Because he has an acting role.

Riley recently posted a couple of Instagram messages while he’s posing with a gun. In one of those pictures he’s pointing the gun directly at the camera with a caption that reads: “Federal execution.”

Another thing he included was #God which is apparently the title of the project he is currently working on.

It is nice to know that Alex Riley has a reason for posing with a handgun like this. He is acting and he certainly learned enough in WWE so you never know if this could be a launching pad for more work.

So to the awesome readers who sent us these posts, we appreciate it. There seems to be nothing out of the ordinary though. A-Ri’s just playing with a handgun for a movie role.