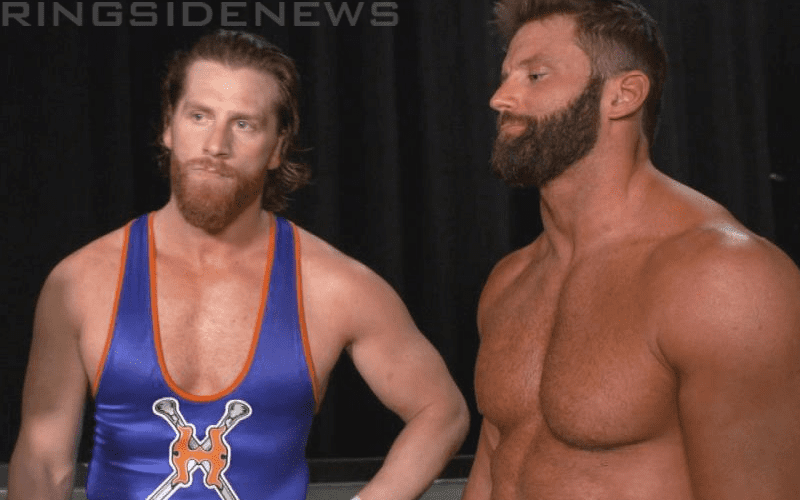 Zack Ryder and Curt Hawkins were paired up after 11 years apart. The former Edgeheads picked up right where they left off, but they haven’t been able to secure a victory just yet.

The two Major Wrestling Figure Podcast hosts have a plan for WrestleMania. Last year, Hawkins watched the show of shows in catering with his parents and didn’t even have his gear on. He says this year will be different.

Zack Ryder won an IC Title ladder match at WrestleMania in Dallas, but he lost his title on the next night to The Miz. Even though he almost immediately dropped his title Ryder still got his WrestleMania moment. Now he wants to share one with Hawkins.

Curt Hawkins said that he and Ryder might be without a win in WWE so far, but they will never be defeated. That is a great mindset to have especially as they roll into the show of shows. Hopefully, the two will at least get a shot to perform in the Andre The Giant Memorial Battle Royal.