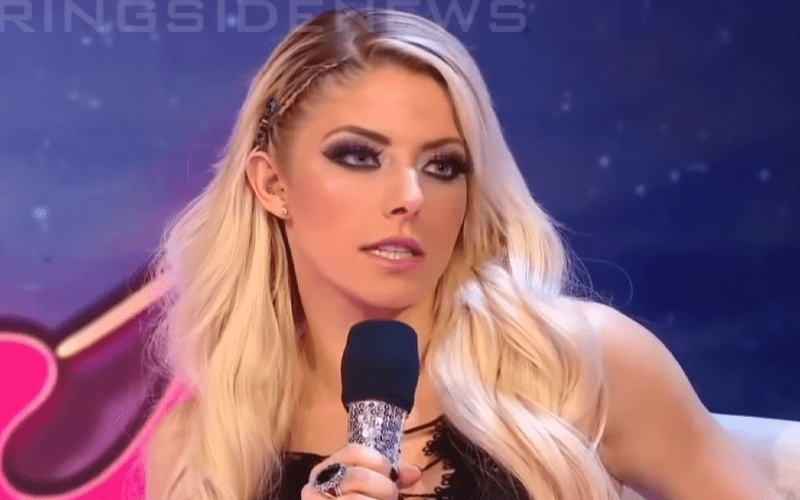 Alexa Bliss is a bit of a question for some fans because there are reports that she is injured. She is not injured and proved it last night in Trenton, NJ

The Five Feet Of Fury took on Lacey Evans at the live event in New Jersey last night. There were some people who thought Bliss was injured as she was named WrestleMania host this year, but that is not the case.

WWE is using Bliss in other roles and she recently spoke about how this will help her branch out and become more involved on television. A WrestleMania match or battle royal appearance isn’t off the table even though she doesn’t have an actual match booked at the show of shows.

This is a great sign for fans of Alexa Bliss so they can calm down a little bit. Because WWE has a loaded card rolling into WrestleMania and Alexa Bliss is in a rare position where she actually knows what she will be doing on April 7th