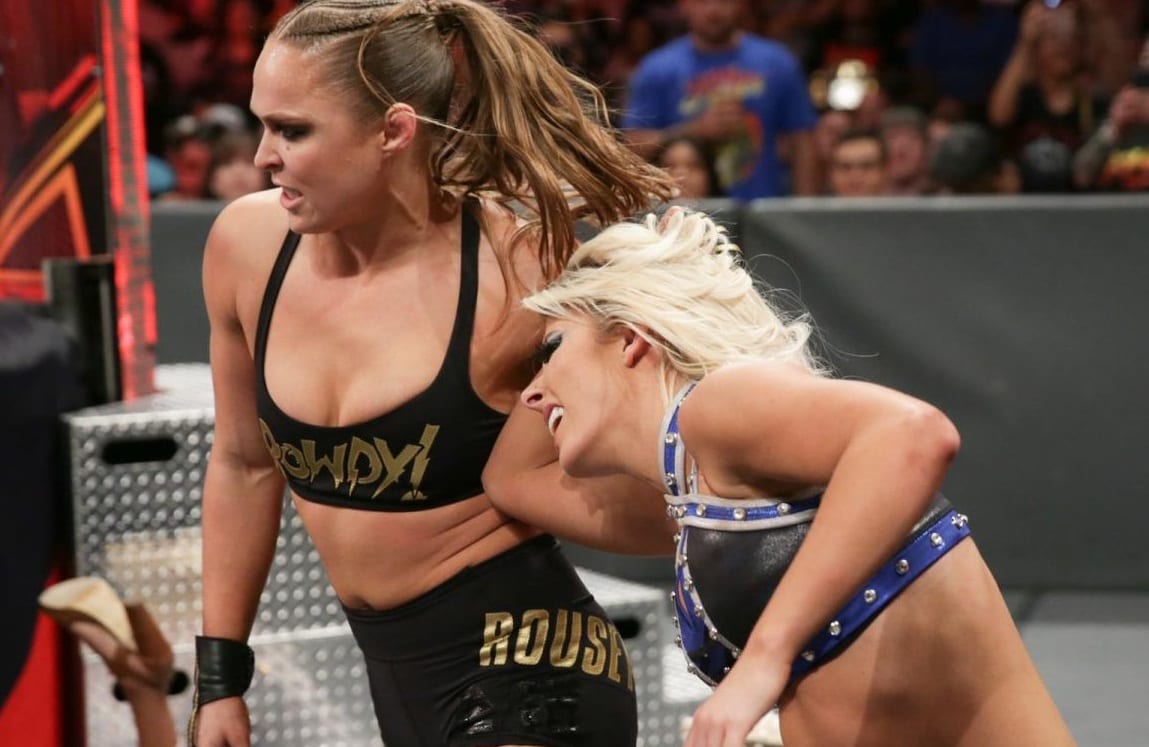 Alexa Bliss was advertised for the WWE live event in Boston on Sunday night, but she didn’t show up. Then again, neither did Roman Reigns, Randy Orton, or Rey Mysterio. But Bliss’ absence has caused some to get worried about a possible injured suffered the previous night in Hartford.

Dave Meltzer explained on Wrestling Observer Radio that he hadn’t heard for sure that Bliss was injured by Ronda Rousey during the house show, but only time will tell if the rumors we’ve been hearing are true.

“Alexa Biss was replaced by Tamina. It was supposed to be Ronda Rousey and Nia Jax against Alexa Bliss and Mickie James. I don’t know. I had heard stuff about Alexa being injured — that would have been at the Hartford show. I had asked people at the show and they didn’t see anything. So I don’t know if that’s the case. Hopefully, I’ll know more tomorrow as well.”

There are some fans who are saying that Ronda Rousey injured Bliss during their tag match in Hartford as Rousey teamed with Nia Jax vs Alexa and Mickie James. A broken nose is also rumored but seems very specific when nothing has been confirmed yet.

These are just rumors until we get some kind of confirmation. Bliss is, of course, scheduled to be at Raw tonight which is the go-home for WWE Evolution and she’s involved in a pretty big match on the show. So it looks like we should be getting our answer soon enough as to if she’s okay or not.

@RondaRousey made @AlexaBliss_WWE tap to the arm bar for the win. Ronda and Nia best James and Bliss.#WWEHartford pic.twitter.com/9IrnShTB4Q

Rumors coming out of #WWEHartford are that Ronda broke Alexa’s nose. If this is true, this will be the second time Ronda has injured Bliss in a month. But people won’t complain about Rousey being unsafe. #WWE