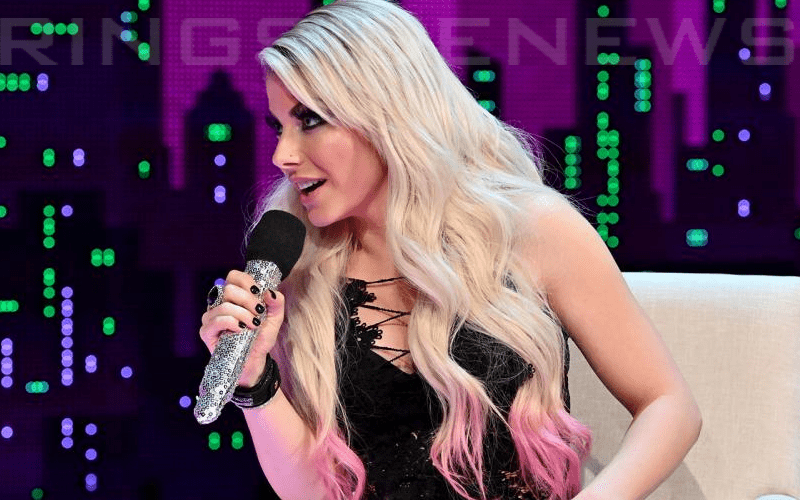 Alexa Bliss is a five-time Women’s Champion in WWE, but she has not been mixing it up in the ring on television recently. She has been on television as host of the Moment Of Bliss segments, but she hasn’t been wrestling.

While speaking to Asbury Park Press, Alexa Bliss opened up about this new role on WWE television. She appreciates the opportunity to be involved in storylines, but that doesn’t mean she’s not wrestling anymore.

“It’s a little bit of a change, but it’s pretty much the same kind of thing. We tell stories in the ring, out of the ring, and I’m able to do both now, which is nice. And it’s just more opportunity to be able to hone my craft and get better at what I do. A lot of times, in the stories that we tell a lot of people don’t have the opportunity to speak their character, they just have to portray it in the ring.”

“So being able to advance the storylines with talk show (segments) for other characters, plus add another dimension to my character, is a great opportunity.”

Alexa Bliss suffered some concussions last year that benched her for several months. She made an in-ring return at the Royal Rumble, but obviously didn’t win. Perhaps hosting WrestleMania will provide her with plenty of exposure that will open her up to even more possibilities in WWE and beyond.

It would still be preferable for all of her fans if she could wrestle more often. That would certainly squelch the rumors that pop up all the time that she is injured and/or retiring from the ring.