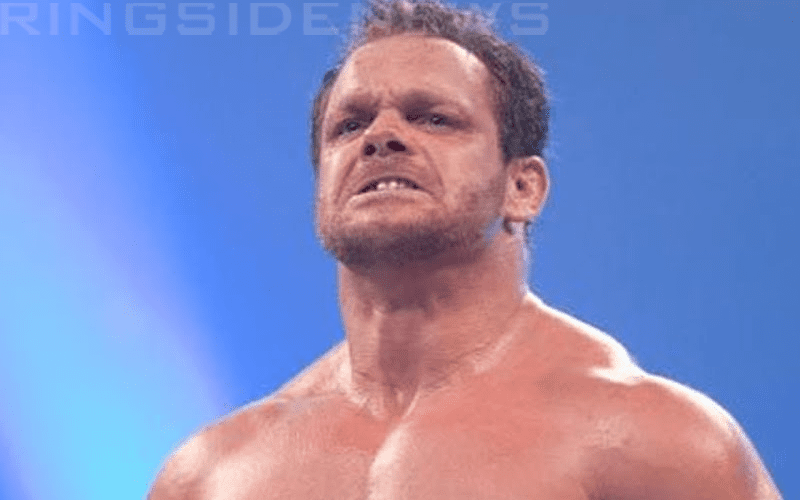 Chris Benoit is remembered for a lot of things, but the end of his life certainly seems to overshadow a majority of what he did in the ring. Rob Van Dam will never forget two very different experiences with Benoit as he shared a story with E&C’s Pod Of Awesomeness.

Rob Van Dam was on television and experiencing some exposure in WCW early in his career. However, he decided to take off when he saw the writing on the wall that his talents were not being fully appreciated. Then he says that Chris Benoit approached him to give RVD an earful. However, The Wolverine’s tone would certainly change with Rob Van Dam over a decade later in WWE.

“It was against wrestler protocol as Chris Benoit let me know […] So I didn’t even really know this guy, but he was traveling with Maxx Payne I heard they had like a — I don’t know — but, they were getting way more work than I was. [Benoit] comes up to me and I had just turned 22 by the way.”

“He comes up to me and he goes, ‘Hey I heard you’re leaving [WCW]’ I said, ‘Yeah.’ I goes, ‘Are you f*cking kidding me?! You’re quitting on your own?! You’re on f*cking TV you know how many of the boys would give their f*cking left nut to be where you’re at?!’ And he had me pinned up against the wall basically, that’s how I felt and I was — my back was against the wall.”

“Yeah, I always remember that and then when I left WWE in 2007 for the same reasons, just going with the flow and I was like, ‘Yeah it’s time to go’ — in the dressing room Chris Benoit and he said, ‘Hey Rob I just wanted to let you know a lot of us boys in the dressing room like really respect you for leaving.’ I said, ‘Huh?’ He said ‘Yeah, man we just respect you for leaving.’ I said, ‘Well I’m saying I’ll never be back’ — he said, ‘F*ck that, that doesn’t matter. Because you know when it’s time to go, you don’t.'”

“So of course, I said, ‘Hey Chris do you remember back in 1993?’ I told him the story, he didn’t remember it, but it was you know he just said something like brushed it aside like, ‘F*ck it, I didn’t know what I was doing’ or whatever. But, yeah that’s a true story.”

This is just another sign that people certainly do change. Rob Van Dam has always done his own thing despite what other people say. Chris Benoit’s locker room influence was obviously important to him as he remembered both of those interactions vividly.

We can only imagine how different the history of professional wrestling would be if RVD would have listened to Benoit in 1993 and stayed with WCW for the long haul instead of betting on himself.