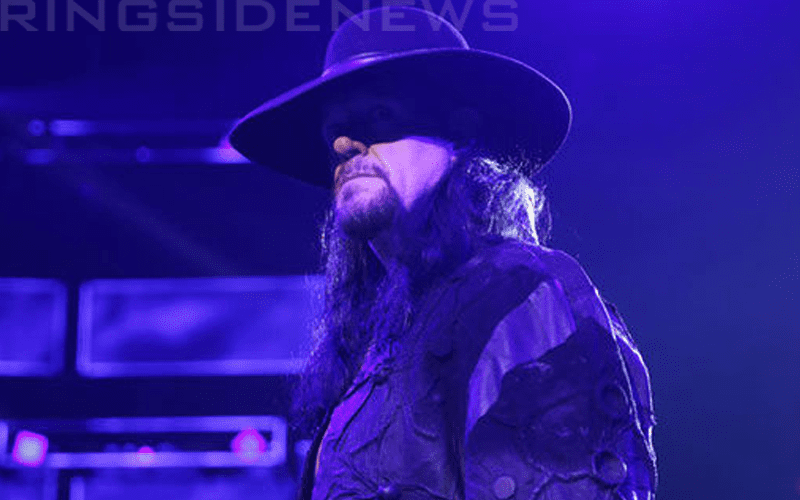 As reported by PWInsider, WWE legend The Undertaker was at the WWE Performance Center earlier this week amid rumours that he could be returning to in-ring action soon.

The Deadman has been absent from the WWE for a while now, with some fans wondering whether or not he would quietly be hanging up his boots sooner rather than later. At this moment in time it seems as if he’s still a somewhat ‘active’ competitor, in the sense that there’s every chance he could return at WrestleMania 35 – and there’s just as much of a chance that he doesn’t.

Fans often pretend like they know what he’s going to do year in and year out, when at the end of the day, they don’t seem to have a clue (and neither do we).

Alas, one thing that fans can potentially get excited about is the fact that Taker went to the WWE Performance Center this week alongside his wife Michelle McCool. There’s been no confirmation as to what he was doing there one way or the other, but it’s certainly interesting to note.

Both Taker and McCool have made sporadic appearances on WWE television in recent years, with some wondering whether or not either of the two would return for an one last extended run.

It doesn’t seem like that’s all too likely, and perhaps their visit to the PC was for no other reason than to catch up with old friends. With that being said, the nature of professional wrestling fans leads us to believe that the speculation will continue for many more days and weeks to come.