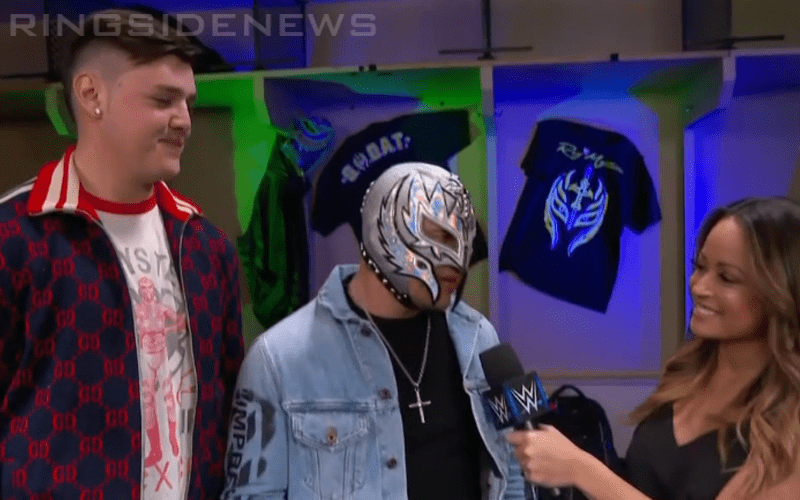 It has been a long time since fans last saw Dominick, the son of Rey Mysterio. He is much taller now, but he is still Mysterio’s son regardless of whether Eddie Guerrero said “I’m your Papi.”

Dominick has been training to become a pro wrestler with Lance Storm who is a fantastic coach. Storm will also be able to give Dominick a footing on some of the moves that he can do since Dominick appears to be too large for a luchador.

All we know at this point is that Dominick wants to be a pro wrestler and Rey Mysterio was looking for a reason to involve his son. This could be the perfect combination for Dominick to get involved at WrestleMania as he sits ringside to watch his father’s match.

“It had to be for a reason,” Dave Meltzer commented on Wrestling Observer Radio. Dominick is learning how to sell a move and take bumps, so you never know how Samoa Joe might take advantage of that fact on the road to WrestleMania.