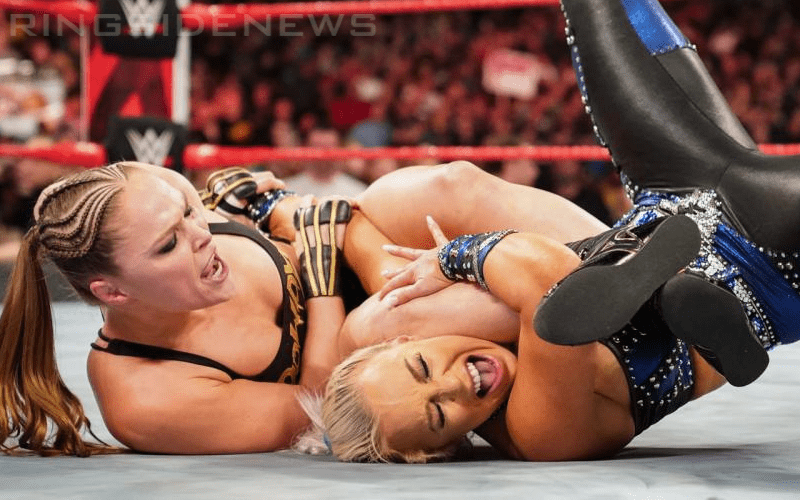 Dana Brooke had nothing left to lose so she walked straight up to Ronda Rousey last week and challenged her to a match. Rousey made quick work of Brooke last week, but when Dana actually had a RAW Women’s Title match this week it was over even sooner.

Apparently, Ronda Rousey’s assault on Dana Brooke left her in a bad way. According to WWE, Dana Brooke was injured and taken to a local medical facility following the match.

Dana Brooke was injured at the hands of Raw Women’s Champion Ronda Rousey and was taken to a local medical facility for further evaluation.

We will have to wait and see when Dana Brooke appears next. Travis Browne’s insertion in the angle is very interesting as well. The road to WrestleMania is heating up, but it probably didn’t turn out the way Dana Brooke would have preferred.