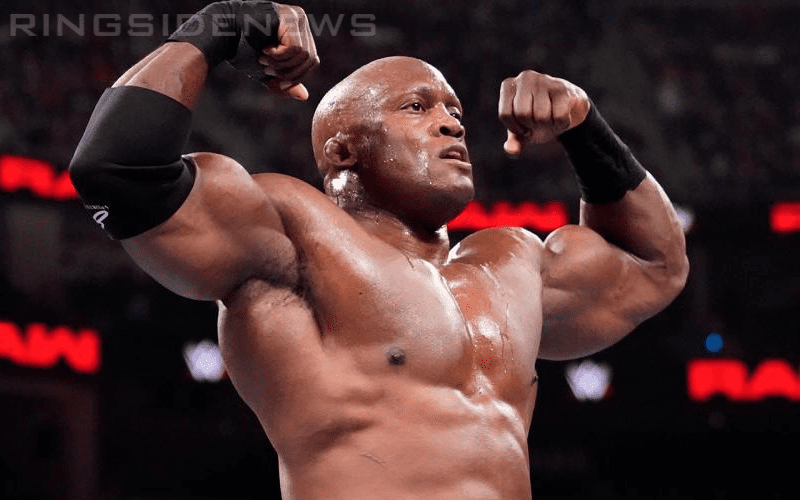 Bobby Lashley is currently the IC Champion and enjoying his run with Lio Rush even if the two seem to be bickering on a constant basis. Lashley’s WWE return as a babyface did not work out the way the company had planned so he was moved over to the heel side of the roster.

Fightful reports that Bobby Lashley wanted a different character in WWE that would have pushed for more of an MMA-centric style. He wanted to involve the American Top Team in WWE, but that was apparently not in the cards.

Who knows if WWE will end up doing something different with Bobby Lashley. He is entering his second year in his WWE return so there is still time to switch things up.

It should also be mentioned that Joe Peisich of Barnburner noted last year that Bobby Lashley was looking to adopt a similar MMA-style character. This was around the time WWE was considering a Brock Lesnar match. Dave Meltzer even speculated that Lesnar vs Lashley could happen in an Octagon within WWE.So this is something that he’s wanted for a while.

WWE’s New Era of realism could translate into seeing Lashley adopt more of an MMA character. It might be interesting to see, but it also makes us wonder what would happen to Lio Rush if The All Mighty made that kind of transition.