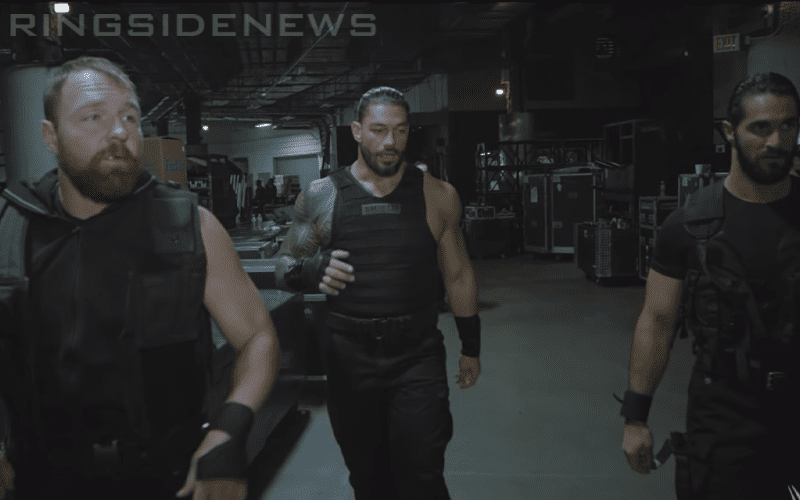 WWE Fastlane wasn’t just the final pay-per-view before WrestleMania this year. Because it also marked The Shield’s final performance on a WWE pay-per-view. Since Dean Ambrose is leaving WWE when his contract expires and Seth Rollins’ WrestleMania match is already set, the Hounds Of Justice only had one more opportunity to perform as a faction.

They took on Baron Corbin, Bobby Lashley, and Drew McIntyre at WWE Fastlane, but the real emotions took place outside of the ring. WWE uploaded a video giving fans unprecedented access to The Shield’s final outing as a unit.

The day started early for Roman Reigns, Dean Ambrose, and Seth Rollins in Cleveland before WWE Fastlane. This was Roman Reigns’ first match back after announcing his leukemia is in remission and he said that the muscle memory will kick in and help him get back into the groove of things.

Seth Rollins said he felt nostalgic and spoke about “whatever Ambrose is gonna do — possibly leaving.” Meanwhile, Ambrose had his own line of thinking as he said that “there’s never been old times with The Shield, there’s always just current times.”

Ambrose said being out there with his Shield brothers is just fun and you could tell how much he was enjoying the experience as they hung out before the event started.

You can check out the video below as all three members of the Shield deal with their own life-changing experiences in their own ways. It really might have been the end of an era at WWE Fastlane.