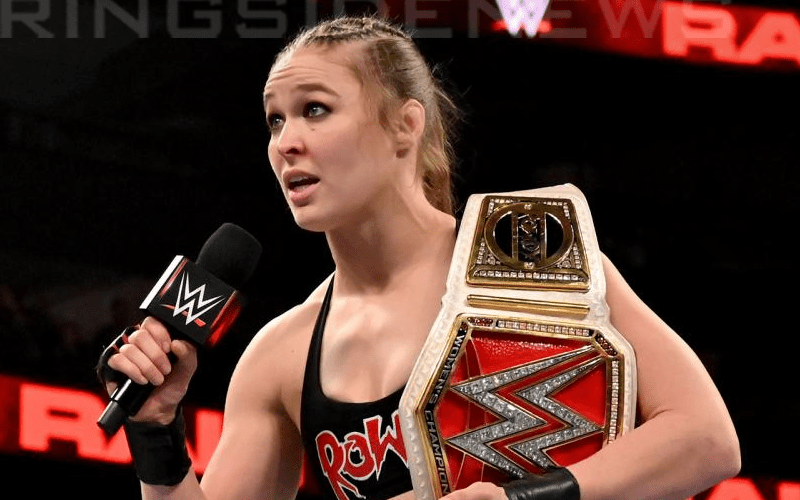 WWE fined Ronda Rousey an undisclosed amount of money due to her actions on WWE RAW last week. This was after she assaulted a WWE official who was trying to keep her from doing more damage.

Rousey was fined an “undisclosed” amount of money because WWE said it was a part of the confidentiality clause in her contract. We might not know exactly how much WWE fined her, but Ronda Rousey didn’t seem to pay it any mind.

I can afford it #worthit

We will have to wait and see how WWE uses this storyline fine on RAW this week. They have three weeks to prepare for the big WrestleMania event so you can probably expect much more heel Ronda Rousey tactics as RAW rolls through Chicago.