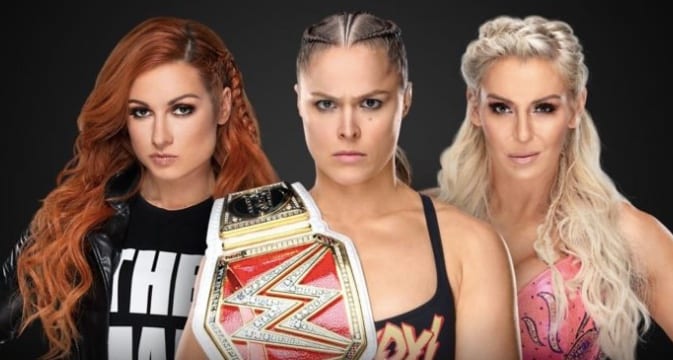 As seen on Sky Bet, the betting odds for what the main event of WrestleMania 35 is expected to be have been released.

Despite what some may say, the main event of WrestleMania is always considered to be which match goes on last. That may not be a fair assumption by any stretch of the imagination, but it’s the one that most fans continue to make regardless.

As such, there’s been a great deal of intrigue in the months leading up to this year’s showcase of the immortals. The main reason for that is because fans are expecting women to headline the event for the first time ever, and according to the betting odds, that dream is about to become a reality.

Ronda Rousey vs Charlotte Flair vs Becky Lynch is the overwhelming 1/100 favourite to main event WrestleMania next month. The second favourite is Brock Lesnar vs Seth Rollins which is still a big 18/1 underdog, with Daniel Bryan vs Kofi Kingston being the third favourite at 20/1.

Some fans will continue to complain relentlessly over the fact that Charlotte is involved in this feud and main event, but at the end of the day, she’s adding something to the story. Plus, nobody can deny that she has earned the right to main event the show of shows.

We’re under three weeks away from WrestleMania now which, as you can imagine, means the excitement levels are starting to grow for fans around the world – especially given how groundbreaking this moment is set to be.