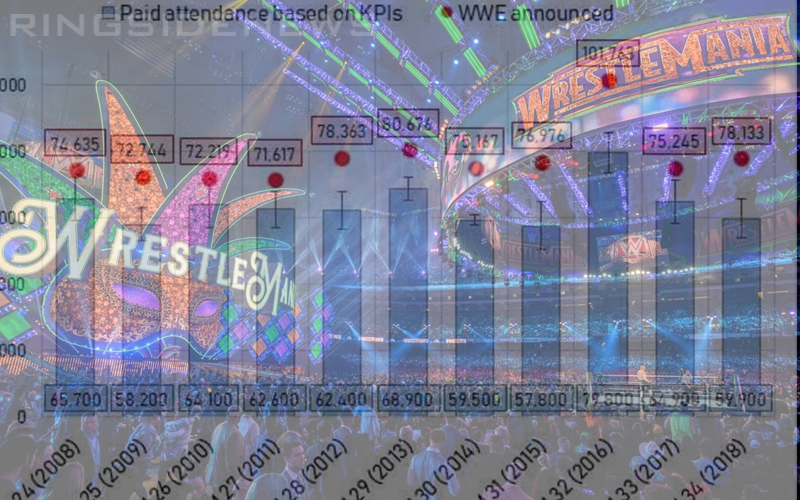 WWE has historically fudged the numbers in a big way when it comes to WrestleMania attendance numbers. In a day and age where anyone can call the fire marshal and find out how many people were in a building at an one would think that they wouldn’t do this anymore. Still, WWE loves to tout huge attendance numbers to the point where they sometimes claim more people were there than available seats.

Brandon Howard Thurston has put out something amazing — a list of the past 10 years of WWE History including actual attendance numbers vs what WWE claimed. As you can see, it’s quite complex and tells about a long history of fudging the truth.

It will be incredibly interesting to see if WWE tries to claim more than 80,676 people in MetLife Stadium this year. Because when the show of shows took place in that same building in 2013 they actually brought in 60,900 paying fans but claimed over 20,000 more.

WWE announced 78,133 fans for last year’s Wrestlemania in New Orleans and 75.167 four years prior in the same building. This is especially interesting because there were only 400 more actual paying fans at last year’s show of shows.

You can check out the chart below to see how big of a gap there actually is for these numbers. It’s pretty remarkable and makes us wonder which one they are reporting on official documents.