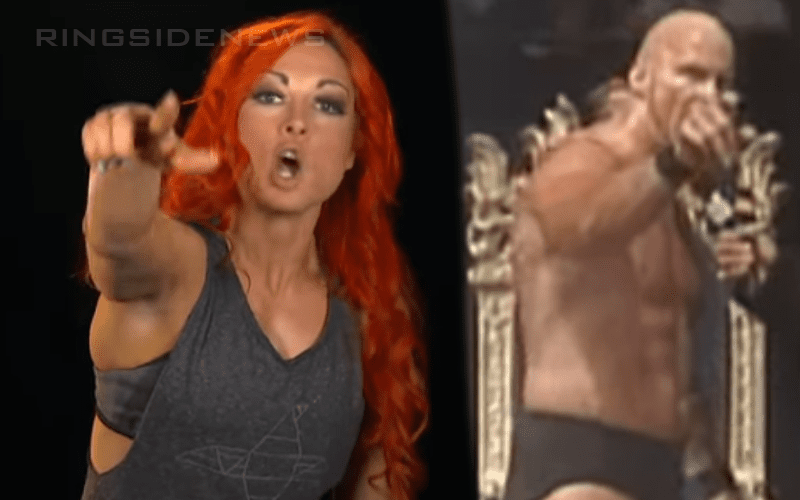 The story around “Stone Cold” Steve Austin’s famous Austin 3:16 promo is a very fascinating one. Previously in the night, Austin was busted open and needed to go to the hospital for stitches. He made it back in time to learn that Jake “The Snake” Roberts had just cut a religious promo on him.

During that famous promo after winning the King Of The Ring, Austin railed on everyone and came up with a brilliant promo that stands as one of the best of all time. On another interesting note, Austin wasn’t even supposed to win that year because Triple H was slated to get the push, but he was being punished for the infamous Curtain Call at Madison Square Garden.

Decades later, the Austin 3:16 promo lives on as one of the greatest of all time. One current Superstar who is often compared to Austin is Becky Lynch. The Man took a stab at reenacting that famous promo and she pulled it off quite well.

Judging by the way that Becky Lynch performed this recreation, it looks like she had plenty of practice rehearsing this bit on her own.