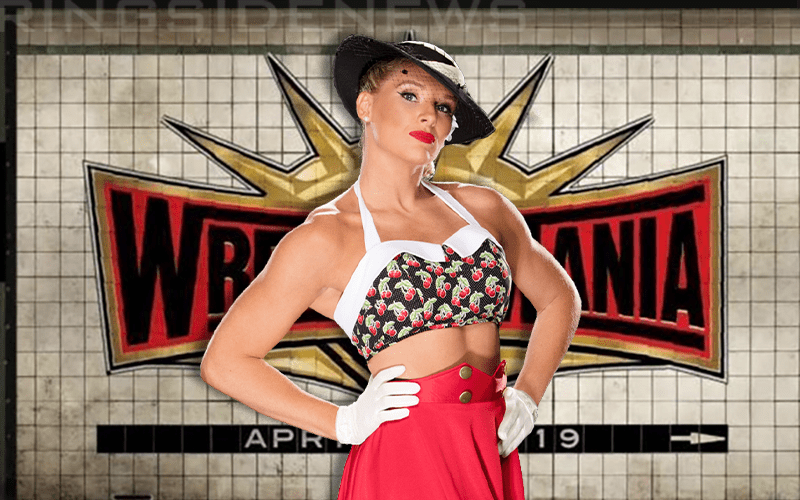 Lacey Evans is becoming one of the more fascinating Superstars in WWE. She hasn’t said much except for how classy she is, but fans who remember her from NXT know that she can also cut promos on all of the nasties around her. She has a great backstory as a former US Marine where she spent 5 years and during that time she was introduced to the ring through a staff sargeant.

As we previously reported, Vince McMahon decided to switch Lacey Evans out of the SmackDown Women’s Title match at WrestleMania. Therefore, the Lady Of WWE is not penciled in for a WrestleMania match yet.

This might seem like a big demotion for her, but there are a few people pulling for her to go pretty far in the match, if not win it. Naomi won the first match of its kind last year and she saw a pretty good 2018 to follow.

Evans entered in the #1 spot at the 2019 Royal Rumble and lasted nearly 30 minutes before she was finally tossed out of the match in her debut performance. This appearance also included a full ring entrance and a promo during a big 4 pay-per-view.

Let’s just wait and see what actually happens, because there are a few very interesting ideas for the Lady Of WWE.