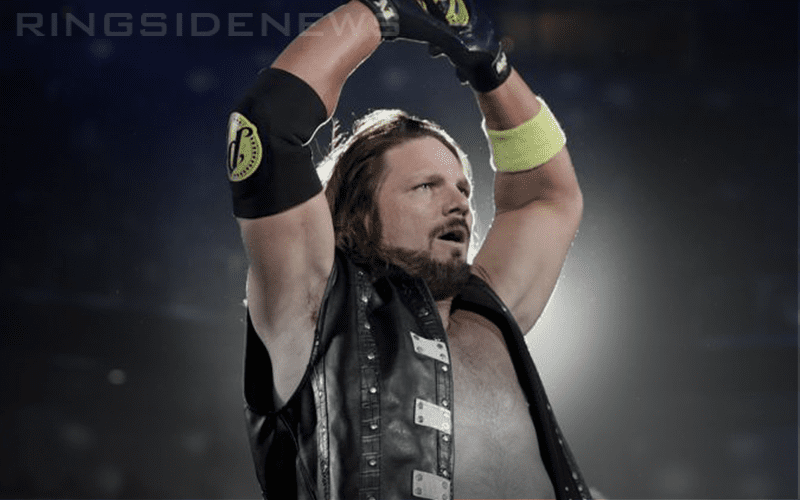 We have been receiving a lot of questions about AJ Styles’ current contract status. There are fans who would love to see him leave WWE even though he is still a main event name and slated for a marquee match against Randy Orton at WrestleMania.

AJ Styles has still not signed a new WWE contract. Don’t worry about him leaving because he is totally expected to. So it looks like he will not be leaving WWE.

Styles is doing very well and at this stage in his career and he will likely be enjoying a lighter WWE schedule as part of his new deal because that is something he was pulling for. He will also likely be enjoying a nice hike in pay. After all, there is another pro wrestling company out there that is operated by people who he knows very well.

Everyone we have spoken with have agreed that AJ Styles is likely to be staying with WWE. We will just have to wait and see how long it takes before he signs on the dotted line.