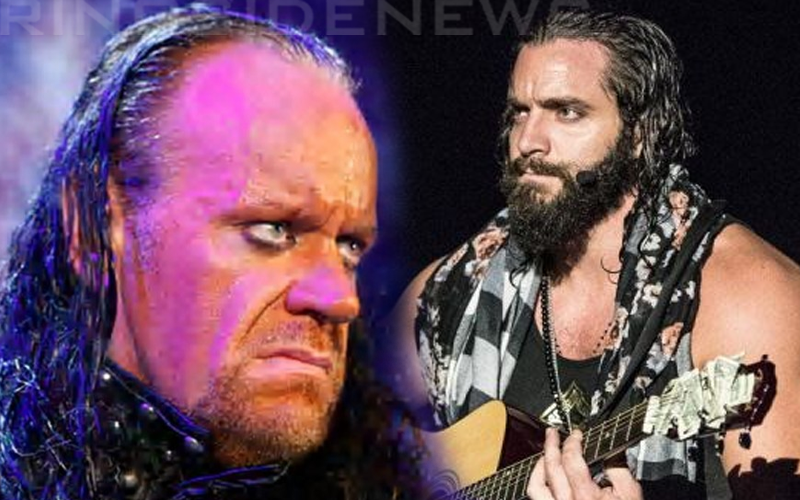 Elias has plenty of fans walking with him even as a hated heel. His gimmick of becoming an instrumental interlude during WWE events could catch on if the company uses him properly, but with WrestleMania on the way all he can focus on is the show of shows.

While speaking to WKXQ, Elias was asked about having a marquee match at WrestleMania. There are a couple of people he has in mind. Ultimately it is up to Vince McMahon, but the idea of Elias facing either The Undertaker or John Cena is certainly intriguing.

“Oh yes, I’ve been on the road and I’ve landed at Wrestlemania, and we’re doing it again. This time it’s going to be different for Elias. Last year I had this great performance lined up and it was ruined, so I cannot let that happen again this year.”

“If it was up to me, I would be given ample time to do a performance. I would play all of the instruments that I can play, really show off to the world, then maybe have an Intercontinental title match and follow that up, maybe go out against somebody like The Undertaker or John Cena, anybody that can really top off a great performance.”

“It’s really about big stars and big moments. I’ve had a lot of great moments; Wrestlemania, where all eyes around the world are on you there. At Wrestlemania, I’d love to wrestle John Cena; I’ve got a lot of issues with that guy. I’ve got issues with The Undertaker, I’d love to take The Undertaker out. I think ‘The Living Truth vs The Dead Man’ is a great story right there. Those are two guys I have in my sights right now, and one way or another I’d like to get a hold of them right now.”

Some fans might groan at the idea of Elias facing such a high-caliber opponent. This is especially true when considering legends like Taker and Cena. However, if WWE is going to continue they need to build top stars.

Elias is only 31-years-old and has a lot of time left in his career barring any unforeseen events. Therefore, if WWE was going to push Elias to a top level it would make perfect sense for them to do so against someone like The Dead Man or Big Match John.