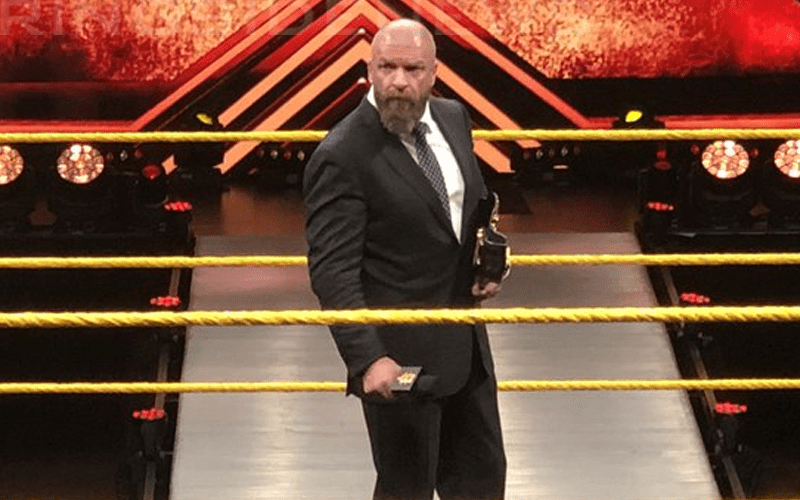 Tommaso Ciampa was NXT Champion when he suffered a neck injury that required surgery. It was awful timing, but NXT needed a new champion.

Triple H came out during the NXT tapings tonight in Full Sail Arena and fans got their answer.

Triple H announced that Johnny Gargano will compete for the NXT Title at NXT TakeOver: New York in a 2 out of 3 falls match to make sure there is a winner. The only question is who he will be facing.

A match was declared with Ricochet vs Adam Cole vs Aleister Black vs Velveteen Dream vs Matt Riddle to determine Johnny Gargano’s TakeOver opponent in the big match. That contest was to take place immediately afterward and Adam Cole won.

Therefore, it will be Johnny Gargano vs Adam Cole for the NXT Title at NXT TakeOver: New York.