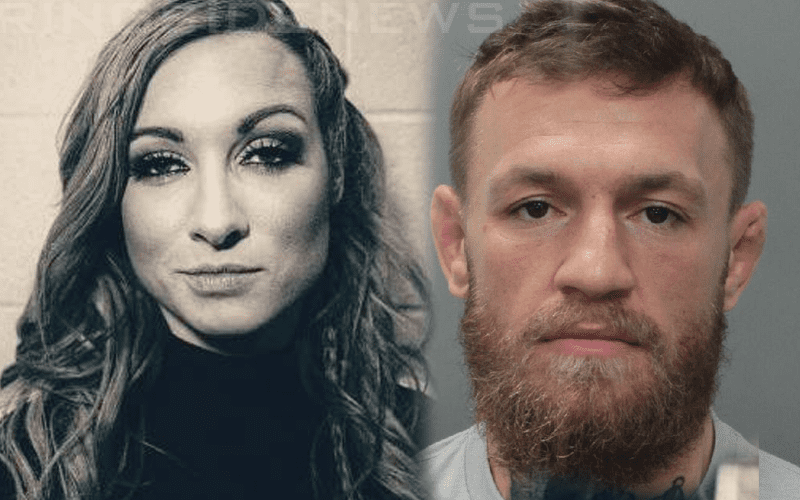 Conor McGregor was arrested recently for walking off with a dude’s cellphone after a fan was just trying to snap a picture. Apparently, McGregor didn’t appreciate the idea that someone would want to take a picture of him.

When you are arrested, a mugshot is usually taken so the authorities know what you looked like as you enter a terrible time in your life. Becky Lynch was recently arrested as well, but her mugshot received some flack from Ronda Rousey as she called it “fake”… it still ended up on a t-shirt.

So when The Man saw Notorious’ mugshot, she just couldn’t resist herself.

Hope he didn’t take fake mugshots in the hallway.

No Becky, that mugshot is the genuine article. McGregor was out of jail quickly as soon as they let him pay his bail money. Let’s just wait and see if his mugshot ends up on a t-shirt too.