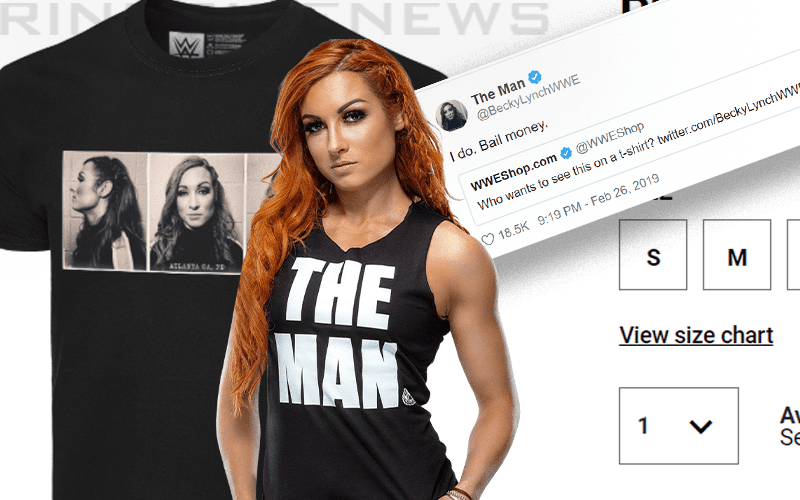 Becky Lynch showed up on WWE RAW this week and she was promptly arrested. This was quite a scene even if the people hauling her off weren’t actually Atlanta police officers — if you want to know who they reall were, click here.

Lynch recently replied to a question from WWE’s official shop asking if fans would be interested in buying a t-shirt with The Man’s mugshot on it. She certainly wanted this shirt happen. After all, Lynch needs bail money.

The Man got her new merch and now fans can wear around a piece of WWE history as their new favorite t-shirt. You can order the shirt now, but they are currently on pre-order and it is noted that they won’t be ready until March 15th.

The good news is that Becky Lynch will be able to get a few extra royalty dollars to assist in her legal troubles.