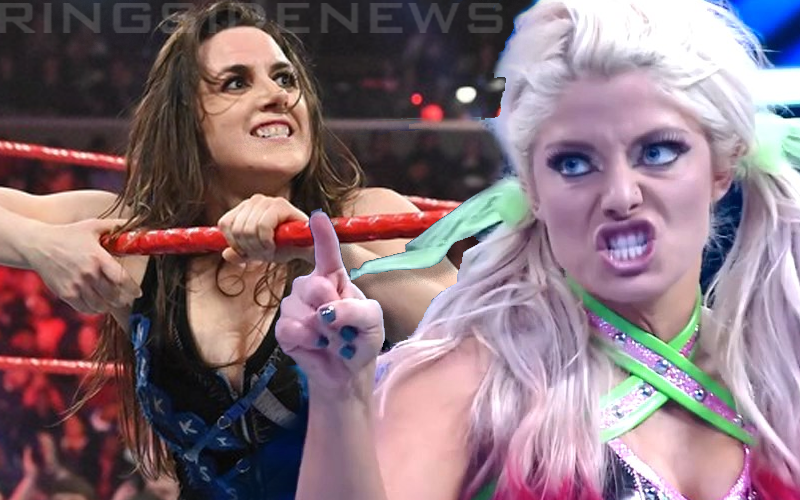 Alexa Bliss will host WrestleMania this year. This is a very interesting role for her to play, but she is not injured. After all, Bliss is still competing at live events.

Nikki Cross wants to play with Alexa Bliss and made that point very evident in a promo she cut on WWE’s YouTube. Alexa Bliss isn’t shaken at all and seemed to invite the attention from Cross. After all, Nikki Cross doesn’t know who she’s messing with.

Poor @NikkiCrossWWE .. I don’t feel bad she wasn’t invited. I feel bad because she doesn’t know who she’s trying to mess with & what I’m capable of 😈 #LetsPlayNikki #TwistedBliss

Alexa Bliss is a five-time Women’s Champion in WWE. Nikki Cross was never able to snag the NXT Women’s Championship so she is currently without any title history in WWE.

Nikki Cross is just getting started on the main roster so she has plenty of time, therefore, a feud with someone like Alexa Bliss could be just what Nikki needs to earn plenty more opportunities to play with others.