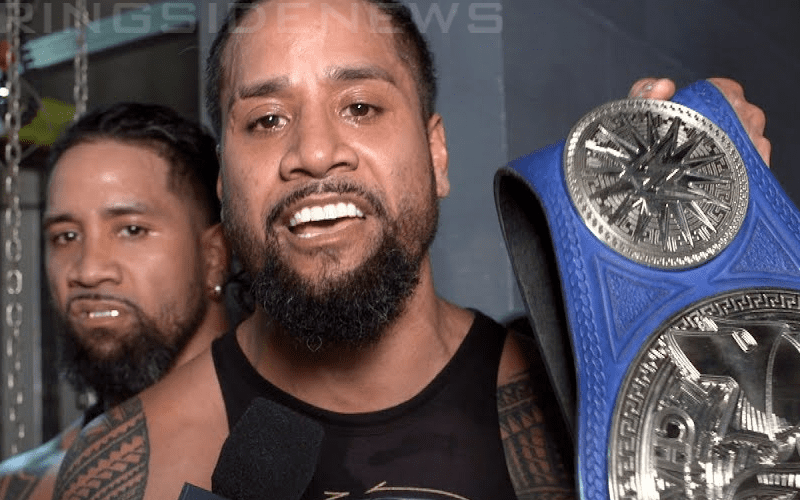 The Usos are one of the most successful tag teams in WWE history and they have pro wrestling in their blood. Rikishi’s twins are currently SmackDown Tag Team Champions and they do not have another title defense scheduled as of right now. This means that they are on track to make history this year at WrestleMania.

Jimmy and Jey Usos’ WWE contracts are running up in April. At this time we have heard no reports that they have re-signed with the company. Their WWE Hall Of Famer father did say that his sons will be free agents soon, so that is very interesting.

If they defend the SmackDown Tag Team Titles at WrestleMania, then that means they will be making history this year. Wrestle Votes pointed out that Jimmy and Jey will the first team in WWE history to walk into three consecutive WrestleMania events as champions.

You never know what can happen on the road to WrestleMania, but it looks like The Usos have their titles on lock down. Since every main roster championship is expected to be defended at the show of shows, it is very likely that they will be achieving a huge milestone this year.