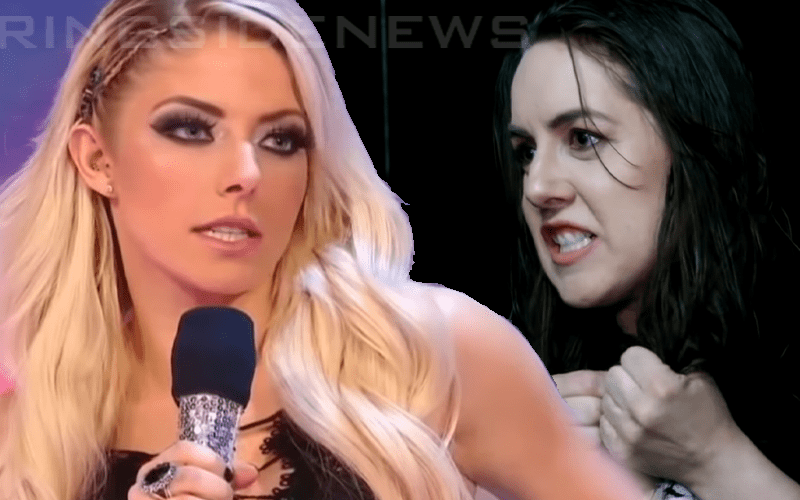 Nikki Cross just wants to play and it seems like she found her perfect toy and knows exactly when she wants to have some fun. Alexa Bliss announced that she will be the host of WrestleMania this year. What we didn’t see was Nikki Cross waiting in the wings backstage.

WWE uploaded a video of Nikki Cross listening to what Alexa Bliss had to say. She was quite twisted as she revealed that she wants to wreck Alexa Bliss’ WrestleMania party because Nikki was never invited to such things.

Cross has been greatly underutilized since her WWE main roster debut. Perhaps WWE was simply holding off on her involvement in a storyline until it means something. Few things mean as much in the WWE Universe as WrestleMania and that is exactly when it sounds like Nikki Cross is planning something.

Only time will tell if Nikki Cross will crash Alexa Bliss’ WreslteMania hosting gig. It certainly adds an extra bit of unpredictability when Nikki Cross is involved.