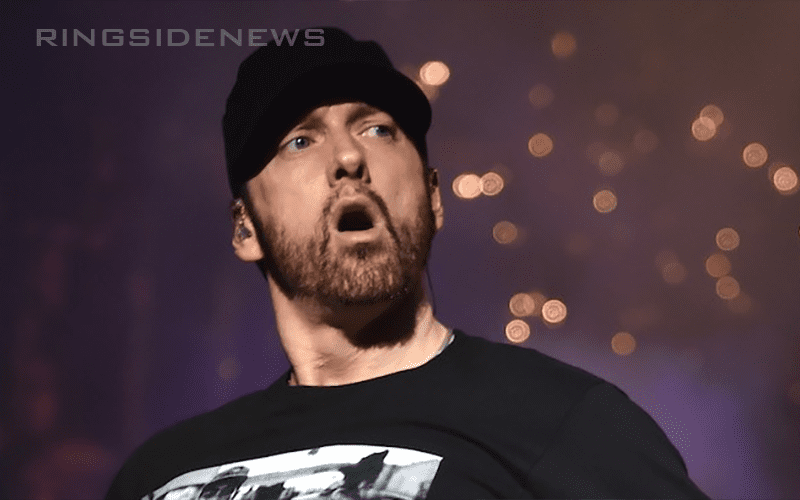 It was previously reported that WWE and Eminem inked a deal for him to put his touch on the WWE 2K20 video game’s soundtrack. This deal was also said to include a possible SmackDown Live appearance and a custom WWE Title belt. As great as that sounds, Eminem’s camp is straight-up denying the story.

Eminem and WWE did not strike a deal according to his spokesperson Dennis Dennehy. In a statement, Dennehy said that there were some talks involving a third-party and 2K Sports, but this had nothing to do with Eminem’s actual camp.

There was a very brief, exploratory conversation that involved a third party and 2K Sports, not Eminem’s team.  It has not gone beyond preliminary discussions, and any reports to the contrary are false.  Right now there are no plans to further pursue it.

So don’t get your hopes up about Eminem showing up on WWE television just yet. There was an “explanatory conversation,” but that’s it.

As we previously noted, Eminem is currently on tour overseas, so it might be really hard for him to sign this kind of deal right now anyway.