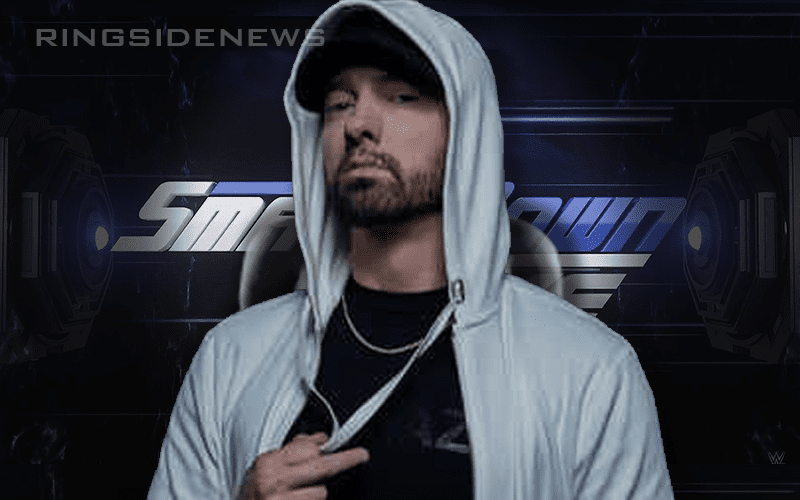 WWE has a long history of bringing in huge cross-over names to boost interest. Eminem is a man they tried to get in the past, but now it looks like that partnership is finally coming together.

Fightful reports that WWE and Eminem have struck a deal that will see Slim Shady implemented in WWE programming in a couple of ways.

Eminem will be providing the soundtrack for the upcoming WWE 2K20 video game, but that’s not all. There is also the thought that Eminem will appear on SmackDown Live later in 2019 after their Fox move. This could be part of their initial launch as well. It would certainly be a ratings boost if they were able to get him to make an appearance.

On top of that, WWE is also planning on making Eminem his own custom title belt. We can only imagine how he will use that in the future so let’s hope all of this happens.

Eminem is currently on an overseas tour, but this deal could very well have been made before he took off. Then again, in 2019 you can conduct business from all around the globe.