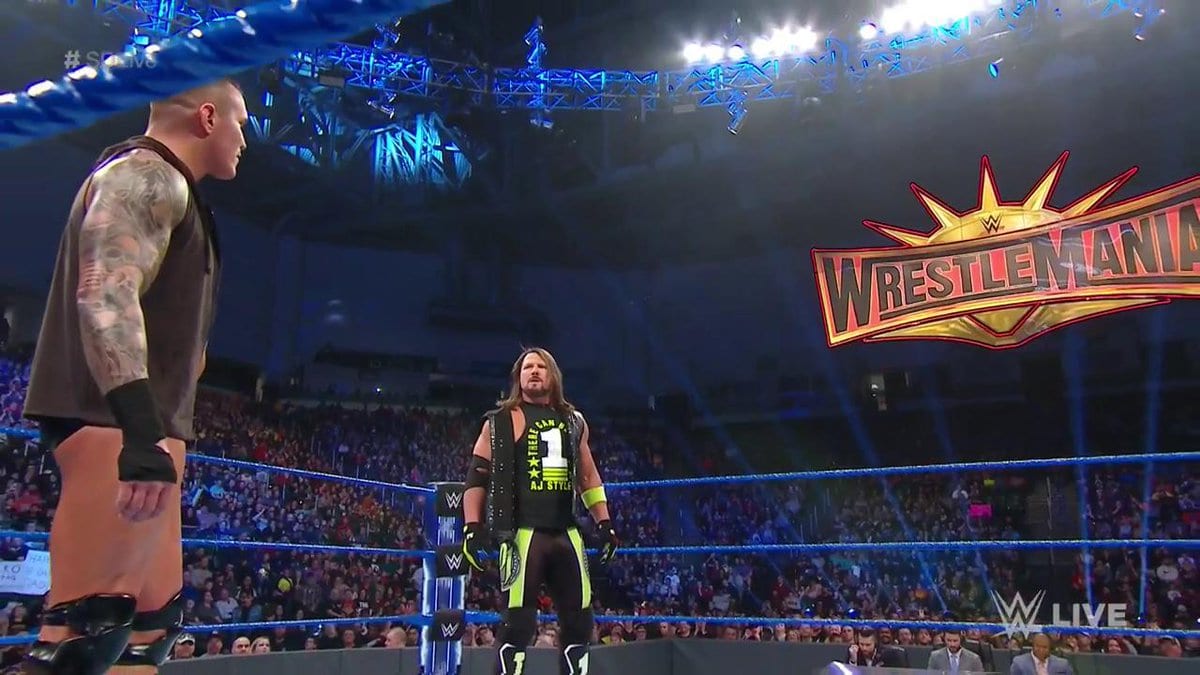 Randy Orton walked to the ring and he had something to get off of his chest. AJ Styles has been in his way for a bit and something needed to be done. If you would like our full SmackDown Live results, please click here.

Then AJ Styles came out to answer. He said that for someone who looks down on the indies, RKO followed his career pretty closely. Styles said he was proud of coming from the indies. Then AJ said that a guy like Orton wouldn’t have made it in his world with a knockoff Diamond Cutter.

After a great back and forth promo, Randy Orton said that it is his house, “and rent is due, bitch.”

“You want your rent, Randy?” AJ Styles asked while pointing at the WrestleMania sign. This concluded the segment, but a WrestleMania challenge was certainly issued. Because all you have to do is point at the sign.

It looks like Randy Orton vs AJ Styles is going to happen at WrestleMania. This confirms our exclusive report that this would be WWE’s plan.