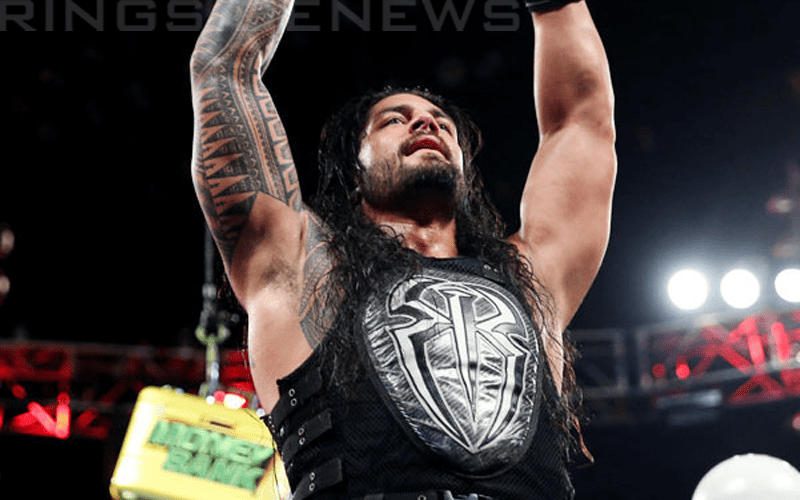 Roman Reigns and Seth Rollins were recently meeting with a young man who is a big fan of WWE. It was a heartwarming moment to witness, but Reigns revealed something in the process about his plans for 2019.

It all started when this fan called Seth Rollins “Mr. Money In The Bank.” Rollins reminded the fan that he had that moniker four years ago, but then it sparked another memory for Reigns. It was pretty hilarious to watch The Big Dog ask Rollins what was up with that MITB cash-in. After all, Rollins used that briefcase to capture the WWE Title during a Roman Reigns vs Brock Lesnar WrestleMania main event.

Then Roman Reigns said, “Maybe I need one of those this year.” If Reins was able to capture the Money In The Bank briefcase then that could certainly help set up the WrestleMania 36 main event he has in mind against the very man he shared this experience with, Seth Rollins.

You can check out the video on our Instagram page which is regularly updated with awesome videos and photos from the IWC.