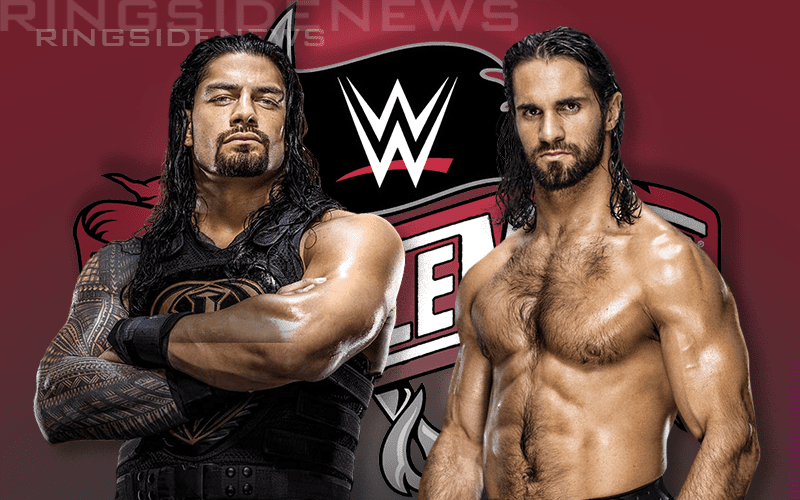 The entire pro wrestling world was elated when Roman Reigns returned after his leukemia went into remission. For those who are still commenting on our social media saying that his leukemia was a work, please click here or you can click here for more information.

Roman Reigns spoke to WFF on 100% Catch in France where he was asked about his WrestleMania 36 dream opponent. It might be over a year away, but Reigns has his eye on someone to face when Tampa Florida hosts the show of shows.

The thought of Roman Reigns emerging out of WrestleMania 36 as WWE Universal Champion could be a very good idea. After all, Vince McMahon wanted that big WrestleMania moment for him, but his relentless pushing of Roman made the fans resent the notion of pushing Roman Reigns.

Now it seems that Reigns is back and the crowd is fully behind him. Let’s just see if WWE can hold off until WrestleMania to put the big red belt back on The Big Dog.