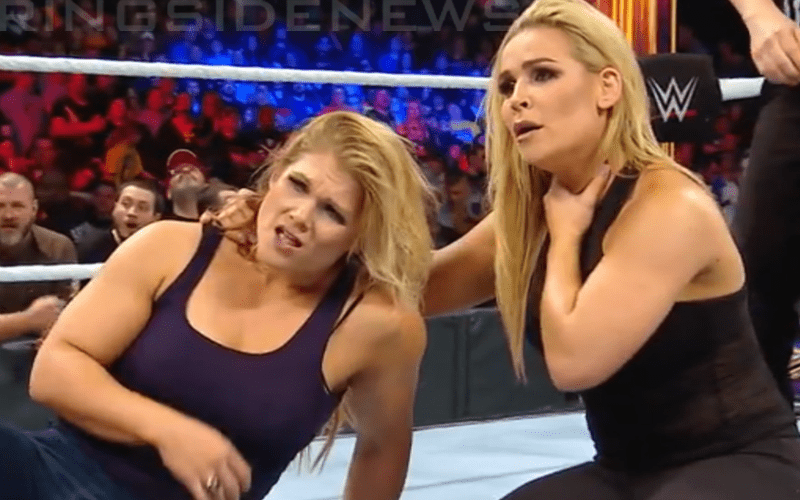 Beth Phoenix was just sitting in on commentary during the Women’s Tag Team match at WWE Fastlane, but she got way more involved than she first thought.

After Nia Jax and Tamina Snuka lost to the Boss n Hug Connection, Beth Phoenix got in Tamina’s face. Then the WWE Hall Of Famer received a brutal beatdown in return.

Natalya ran down for the save, but she was unsuccessful. This certainly teased a return for the Divas Of Doom and that is exactly what it looks like is going to happen.

Dave Meltzer noted on Wrestling Observer Radio that the direction seems to be Nia Jax and Tamina Snuka vs The Divas Of Doom. Where this match might go down isn’t 100% clear, but with WrestleMania coming up it certainly seems like those two teams will be in the mix somewhere.