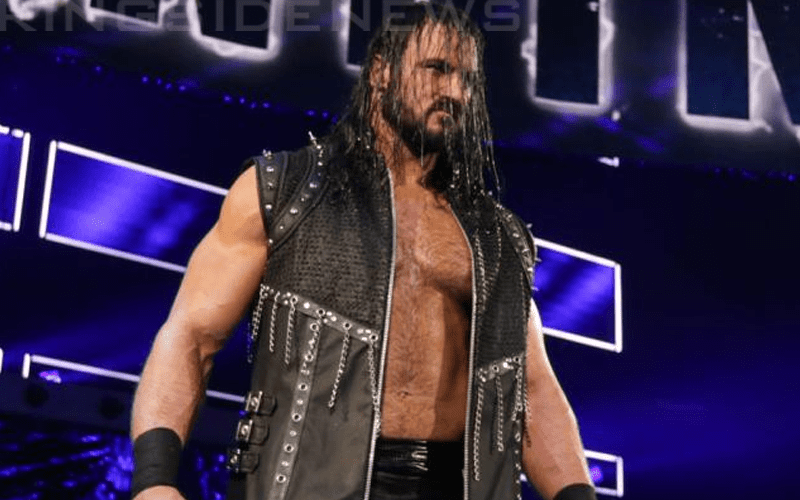 Drew McIntyre’s return to WWE came after proving himself on the indies for a few years. He was released in 2014, but returned in 2017 to become NXT Champion in a very short amount of time.

Since arriving on the WWE main roster it seems as though his push has stopped and started a couple of times. He has held championship gold, but he is obviously looking to be a much bigger facet in WWE’s programming. After all, McIntyre replaced Roman Reigns in the official Raw graphic on the WWE website during The Big Dog’s hiatus.

While speaking to Sportsnet’s Starting Line-Up, McIntyre discussed the fact that he is currently without a match at WrestleMania. Drew McIntyre has a big match at WWE Fastlane in a six-man tag team match against The Shield, but he is looking to carry that momentum into the show of shows.

“Currently, I don’t even have a match on WrestleMania. You’re gonna be seeing me giving absolutely everything, you know, real psychopath out there taking everybody out, because there’s no way I’m not getting a significant match at WrestleMania.”

Only time will tell if Drew McIntyre can reach the heights that he is capable of in WWE. It all boils down to Vince McMahon’s discretion.

McIntyre was able to transform himself in many ways during his time away from WWE to form a more well-rounded entertainer. In the meantime, McIntyre will be doing all he can to garner attention in the opportunities WWE provides for him.

Thanks to Rajah for the quote